You are here: Home / ICSID Arbitration / The Admissibility of Evidence in International Arbitration

The admissibility of evidence in international arbitration has long been a debated issue. A piece of evidence must be admitted in order to be considered by the arbitral tribunal, which will then evaluate its probative value in light of the facts of the dispute.

Evidence is in principle admitted if it is relevant and material (although article 3.11 of the IBA Rules merely requires the party to “believe” in the relevance and materiality of the evidence), whereas its weight depends on its credibility (i.e., its reliability and authenticity to show what it is offered to prove).[1] In order to satisfy its burden of proof, a party has to offer sufficient evidence, taking into consideration the evidence as a whole, and to satisfy its burden of proving its allegations. 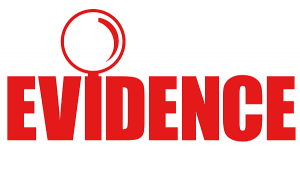 An issue that arose comes from the fact that broad discretion is given to the arbitral tribunal with respect to evidence in international arbitration. This could lead to abuse or ethically-tainted results in terms of the admissibility of evidence.

Such an issue has been seen recently in the context of an investment arbitration case. The ICSID tribunal in Caratube International Oil Company LLP and Devincci Salah Hourani v. Republic of Kazakhstan (ICSID Case No. ARB/13/13) may be said to have set out a principle that an arbitral tribunal can admit as evidence data or documents that were illegally obtained, for instance by hacking a computer network. In the case, the Kazakhstan government’s computer network was hacked and, consequently, the claimants obtained access to and relied on thousands of confidential documents that were published following the hacking.

Although nothing prevents a tribunal from admitting into evidence documents that may have been stolen or otherwise unlawfully obtained, tribunals may refuse to admit such documents on the grounds of procedural fairness and the equality of parties.