Arbitration in Slovakia has not ceased to develop and adapt itself to international standards since the independence of the country on 1 January 1993. Today, it is a well-recognised alternative dispute resolution mechanism in Slovakia. Below, we address the main features of the legal instruments regulating civil/commercial, as well as investment arbitration, in Slovakia. 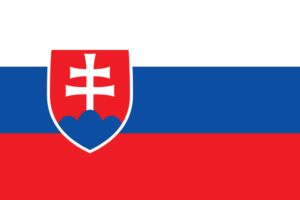 In turn, Article 1, Paragraph 3 of the Arbitration Act enumerates the types of disputes that are non-arbitrable:

Article 1, Paragraph 4 of the Arbitration Act also specifies that consumer disputes are excluded from its scope. These disputes are in fact regulated under the Act No. 335/2014 Coll. on Consumer Arbitration dated 21 October 2014, which will not be addressed here.

The definition of an arbitration agreement is provided for in Article 3 of the Arbitration Act and has its inspiration in the definition figuring in Article 7 of the 2006 UNCITRAL Model Law on International Commercial Arbitration, i.e., “an agreement by the parties to submit to arbitration all or certain disputes which have arisen or which may arise between them in respect of a defined legal relationship, whether contractual or not.”

In addition, Article 2, Paragraph 2 allows parties to agree to bring a dispute to arbitration even though such a dispute is already being dealt with in court proceedings, provided that such an agreement is made in conformity with Article 3.

Composition of the Arbitral Tribunal in Slovakia

Pursuant to Article 6, Paragraph 1 of the Arbitration Act, any natural person of legal age and full legal capacity without any prior criminal convictions can serve as an arbitrator. It is interesting to note that under the aegis of the former Arbitration Act No. 218/1996 Coll.,  the office of arbitrator was reserved to Slovak nationals only (Article 5, Paragraph 2).[2]

Jurisdiction of the Arbitral Tribunal in Slovakia

This Article also sets forth a series of time limits for raising objections to the jurisdiction of an arbitral tribunal:

Pursuant to Article 34 of the Arbitration Act, arbitral awards must be made in writing and contain a number of mandatory requirements amongst which figure the operative part of the decision on merits, the reasons upon which the award is made, unless otherwise agreed between the parties, and a mention of the possibility to file an application to set aside the award with State court. Paragraph 4 of the said Article further provides that an arbitral award shall contain information about the amount of costs of the arbitration and the party bearing them in their entirety or the ratio of the disbursement among the parties.

Article 35 of the Arbitration Act specifies that the effect of the arbitral award is identical to the effect of judgments of State courts.

The Arbitration Act also contains an interesting provision regarding the review of arbitral awards. Pursuant to Article 37, the parties may agree in their arbitration agreement that, at a request of either of them made within 15 days as of the delivery of the award, the latter may be reviewed by another arbitrator or arbitrators.

The Setting Aside of Arbitral Awards Rendered in Slovakia

Article 40 of the Arbitration Act sets forth a number of grounds on which an application to this effect can be made including, inter alia :

An application for setting aside of an award must be made within 60 days as of its receipt (Article 41 of the Arbitration Act).

Foreign Arbitral Awards and Their Recognition and Enforcement in Slovakia

In addition, Slovakia is a member to the New York Convention on Recognition and Enforcement of Foreign Arbitral Awards to which it acceded as an independent State after its separation from the Czech Republic on 1 January 1993. It is to be noted that Czechoslovakia had ratified the Convention on 10 July 1959.

Pursuant to Article 50 of the Arbitration Act, the recognition and enforcement of a foreign arbitral award can be refused for several reasons including inter alia:

Although it does not have any specific investment arbitration law or code, Slovakia is a party to multiple bilateral[3] and multilateral treaties to this effect, such as the ICSID Convention and the Energy Charter Treaty.

Slovakia has been involved in a number of investment arbitrations,  amongst which we can cite:

[2] To compare see Article 11(1) of the 2006 UNCITRAL Model Law on International Commercial Arbitration: “No person shall be precluded by reason of his nationality from acting as an arbitrator, unless otherwise agreed by the parties.”

[3] The list of the bilateral investment treaties entered into by Slovakia can be accessed at the following link: https://investmentpolicy.unctad.org/international-investment-agreements/countries/191/slovakia