Card v. Stratton Oakmont concerns a motion to vacate an arbitration award brought, inter alia, on the ground that the arbitral tribunal had disregarded the rules of evidence.

In September 1994, Claimant had filed for arbitration pursuant to the rules of the National Association of Securities Dealers Act (NASD) against Stratton Oakmont, claiming common law fraud, breach of fiduciary duty, negligence, RICO violations, Federal and State violations such as trading, and also requesting punitive damages. The parties had signed a Uniform Submission Agreement agreeing to submit their dispute to Arbitration in accordance with NASD Code of Arbitration Procedure. The Arbitral Tribunal had awarded the Claimant US$ 1,552,200.86 in compensatory damages against Stratton Oakmont. 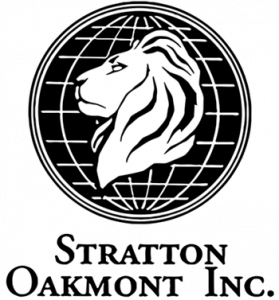 Stratton Oakmont challenged the arbitration award on the ground that the Arbitral Tribunal was guilty of misconduct in refusing to postpone hearing dates and that it had exceeded its powers under the U.S.C by acting in disregard of the law in issuing the award.

The Claimant had referenced a civil complaint for Preliminary and Permanent Injunction filed by the SEC against the Respondent in the arbitration. Respondent argued that the SEC complaint should have been struck from the arbitration proceeding according to the Federal Rules of Evidence.

The Court denied the Respondent’s motion to vacate the arbitration award on these grounds.

The Court, under Section 10 of the Federal Arbitration Act, found that there was not enough evidence to prove manifest disregard of the law.

The Court examined the issue of evidence and noted that the Submission Agreement entered between the parties proceeded in accordance with the NASD, and that Section 34 of the NASD provides that “[t]he Arbitrators shall determine the materiality and relevance of any evidence proffered and shall not be bound by the rules governing the admissibility of evidence”. It also noted that Section 35 of the NASD provides that “[t]he Arbitrators shall be empowered to interpret and determine the application of all provisions under this Code and to make appropriate action to obtain compliance with any ruling by the Arbitrators”. These Sections, according to the Court, make clear that the arbitral tribunal had the authority to determine materiality and relevance without reference to the judicial rules of evidence and that the decision to accept such evidence by the Panel was final and binding.

Therefore, the District Court of Minnesota had no power to impose its Rules of evidence on the Arbitration Proceeding.