You are here: Home / Brazil Arbitration / Brazil and the Cooperation and Facilitation Investment Agreement (CFIA): A Step Backwards for Arbitration?

In 2015, as a result of the increase of Brazilian investment overseas, the Brazilian government, in consultation with private entities, elaborated so-called Cooperation and Facilitation Investment Agreements (“CFIA”s – or “ACFI” in its Portuguese acronym). The CFIA’s aim was to facilitate and stimulate reciprocal investments between States, especially in strategic sectors, much like the Bilateral Investment Treaties (“BIT’s”) signed by many other countries.

For many years Brazil remained isolated in the domain of arbitration. The Latin American country was one the few that had never been part of one of the approximately 2,363  BIT’s currently into force[1] (the Brazilian Government in fact signed 14 BIT’s between 1994 and 1999,[2] however, they have never been ratified) let alone the Convention on the Settlement of Investment Disputes between States and Nationals of Other States (ICSID Convention), to which it is not a party.

Unlike traditional BIT’s, CFIA’s do not provide for an Investor-State dispute settlement mechanism. Instead, in case of a dispute between a foreign investor and the State, the CFIA provides for a two-stage system, first focusing on mechanisms of prevention, to be followed by a dispute resolution stage, which consists solely of State-to-State arbitration, excluding a direct claim in arbitration by a foreign investor against a host State of investment.

The prevention mechanisms include an ombudsman for each Government to address the foreign investors’ grievances, and also a Joint Committee, responsible for issuing recommendation for the parties involved.

In case negotiation fails or if parties do not agree with the Joint Committee’s recommendations, the dispute can then be settled by State-to-State arbitration.

It should be noted that the Cooperation and Facilitation Investment Agreements do not in any way prevent the Brazilian State or its entities from being parties to arbitral proceedings. This understanding, which has long been supported by Brazilian courts,[4] is now expressly authorized by the Arbitration Act enacted in 2015 (Article 1, paragraph 1 of the Federal Act No. 13.129/2015).

In other words, arbitration remains an option for foreign investors, but only if (i) the contract entered into with the Public Administration includes an arbitration clause and (ii) the dispute concerns patrimonial rights. 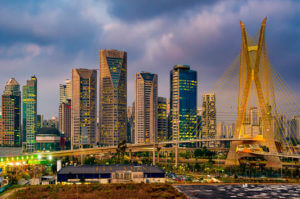 Interestingly, alternative methods of dispute resolution are in fact the preferable mechanism for several types of State contracts (especially Private-Public Partnerships[5] and Concession[6] Agreements). For instance, the recent enacted Federal Act No. 13.448/2017, which partially amended the Concession Act, requires an arbitration agreement as a condition for the renegotiation of concession contracts with the Public Administration.[7]

In the years to come, it is to be seen whether Cooperation and Facilitation Investment Agreements will increase the protection of Brazilian investors abroad and foreign investors in Brazil, or decrease them. Despite its peculiarities with respect to its investment arbitration regime, the country still maintains a friendly arbitration approach, however, with respect to contracts involving investors and the Brazilian State.