The role of climate law in investment arbitration is a problematic issue. Even though environmental consciousness and sustainability are increasingly important in today’s world, and investment arbitration tribunals have also recently recognized the importance of adjusting investment law to support the goals of climate law, there seems to exist a clash between the two fields that might be impossible to reconcile. However, as the former Secretary General of the OECD, José Ángel Gurria, put it, “If we want things to stay as they are, things will have to change”.[1] Investment arbitration must adapt to the global challenges posed by climate issues. 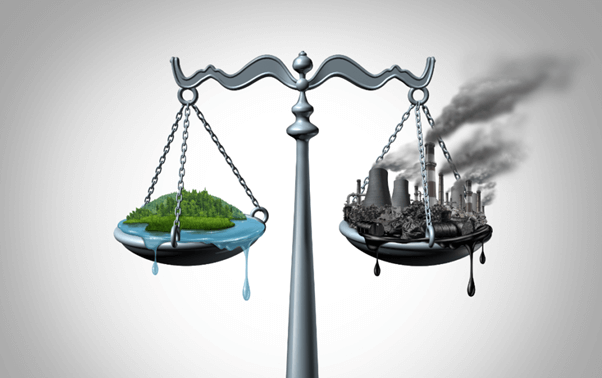 Climate law is the international legal framework dealing with climate change, which today has the 2015 Paris Agreement at its heart. The Agreement is signed by 191 States, who aim to limit the global average of temperature rise to below 2°C above pre-industrial levels. Countries therefore must implement legislative changes to comply with their commitments, which has led to climate-related laws and policies being enacted all over the world. Examples of such legal instruments include the European Green Deal, the European Climate Law of 2021 and the new Climate Change Bill signed by Joe Biden on 16 August 2022.

However, the application of climate law in investment arbitration is not progressing at a great pace. International investment agreements either do not mention environmental issues or, worse, they exclude them from the scope of substantive protection or dispute resolution. The core issue is that the above-mentioned legislative changes that are necessary to comply with environmental commitments, on the flip side, may trigger the liability of States towards foreign investors.

States can decide to take two very different approaches to achieve the goals that they agreed to: either they may incentivize investments in climate-friendly sectors such as the renewable energy sector, or they may regulate environmentally damaging sectors by limiting emissions or entirely phasing out certain types of fossil fuels. Neither of the two routes can be taken without having to deal with investors.

In the first case, if those incentives are revoked, or modified, investors may bring claims based on legitimate expectations as happened to Spain, where more than twenty arbitral decisions have been rendered in the energy sector in the so-called “Spanish renewables saga”. Nevertheless, if States choose the second option, they might have to face claims of indirect expropriation and breaches of the fair and equitable treatment standard.

For those reasons, the application of climate law in investment arbitration has led to a large number of cases dealing with environmental issues, including:

In order for investors to be able to bring environmental claims, they must comply with the terms of the treaty on which they base those claims. Apart from the general requirements such as being a protected investor and the existence of a covered investment (that also must comply with the laws of the host State), there are several other jurisdictional hurdles included in investment treaties.

Even if the tribunal establishes its jurisdiction based on the underlying treaty, the question of allowing investors to use arbitration to enforce environmental obligations of host States arises. In this regard, there are two main schools of thought. The first accepts that climate law treaties are incorporated into the domestic law of the host State and therefore are directly enforceable by investors. The tribunal in Allard v. Barbados applied this view, but the claimant ultimately failed to sufficiently prove its environmental claims.

The second possibility is for an investor to use the substantive protections of a treaty to bring claims for the breach of environmental obligations. The same tribunal in Allard v. Barbados accepted this latter reasoning as well, stating that those obligations might be relevant in the application of the full protection and security standard.

The other side of the coin is the application of climate law in investment arbitration by the host State. Even though this possibility has been available since the “earliest accounts of inter-state arbitration”,[2] the role of counterclaims made by States was traditionally very limited in the investor-State dispute settlement system.

A counterclaim can be based on the language of the underlying treaty, or the procedural rules as well. An example of a treaty that expressly allows counterclaims is the COMESA agreement, whereas on the procedural level both the ICSID (see Rule 40) and the current UNCITRAL (see Article 21(3)) rules allow that possibility. However, the State will still have to find a legal source of the obligation breached by the investor that can be invoked in arbitration. In this regard, States and scholars have argued for the application of international law, transnational public policy, agreements entered into between the host States and investors, and the domestic law of the host State.

In order to achieve a clearer picture on how to apply climate law in investment arbitration, there are two steps that must be taken.

First, the current rules can be interpreted differently to promote the so-called principle of systemic integration envisioned by the Vienna Convention, which means that the fields of investment law and climate law must be interpreted coherently.

Second, investment treaties themselves can be reformed over time to better assist the fight against climate change. This latter movement has been led by the African continent, and to a limited extent has influenced the UNCITRAL, the ICSID and the ECT.

However, both processes must speed up or otherwise investment arbitration may be another field where the measures taken will be too little, taken too late.