You are here: Home / Arbitration Rules / Damages in Investment Arbitration

The recovery of damages in investment arbitration is a multi-layered and complex issue. You do not need to be an expert, however, to understand the most important concepts. 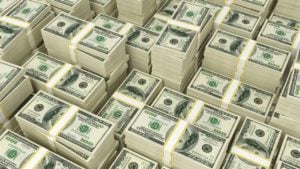 Claimants conducting business with a State may recover losses under a variety of available remedies.

The root of all claims for damages under public international law is the Chorzów case. In it, the Permanent Court of International Justice (the predecessor of the ICJ) held that if a party commits a wrongful act, it shall put the damaged party in the position it would have been in but for the wrongful act. The Draft Articles on the Responsibility of States for Internationally Wrongful Acts (“Draft Articles”)[1] and its commentary embrace this approach. They specify in Article 31 that:

Traditionally, restitution was the primary default remedy for recovery under public international law. Article 35 of the Draft Articles provides that a State is required to make restitution, i.e., to put the other party in the position in which it would have been prior to the wrongful act. However, for a variety of reasons, claimants do not typically ask for restitution in investment arbitrations.

The other two kinds of non-monetary (but also rarely issued) damages in investment arbitration are specific performance and moral damages. Specific performance may be combined with compensation, but it faces enforcement issues.[2] Moral damages, on the other hand, function to compensate for actual, intangible injury rather than punishing a wrongful party.[3]

General international law requires compensation for a harmed party’s losses,[4] and most bilateral investment treaties provide a level of compensation (often “fair market value“) in the event of expropriation.[5] Most tribunals do not distinguish between differences in wording (e.g., “adequate” versus “full” or “just” compensation). A few cases, however, have done so.[6]

For monetary damages in investment arbitration to be awarded, there must be proof of a causal link[7] between the loss sustained and the treaty breach at issue.[8] Generally, claimants must shoulder the burden of proof, proving both causation and their losses.[9]

Valuation of a Lost Investment

There are two general techniques for determining the fair market value of a lost investment: a market-based and an income-based valuation.

The first method of valuation is market-based techniques, such as reviewing stock markets and prices. However, there may be instances of stock price distortion, illiquid markets and minority discounts that will impact this value. If there are indeed such pitfalls, then a powerful substitute is comparable transactions (especially in mergers). The benefit of this approach is that there are relatively few assumptions to be made by an expert, which the quantum expert’s assertion less vulnerable to attack. What units are most comparable, of course, depend on the unique facts of each case.

The second main technique is income-based valuation, more commonly known as the discounted cash flow (“DCF”) method. It projects each year’s expected business revenues and costs over the relevant period and then discounts those projections[10] against risk and the time value of money. Tribunals use the DCF methodology most frequently in M&A, securitizations and project decisions.

Unlike market-based valuations, the DCF method involves a range of assumptions and is not always aligned with contemporary views. Its complexity lies in the discount rate itself. This calculation must reflect an array of factors, including country risk premiums (and its reduction based on insurances such as BIT coverage), multiple jurisdictions, and project risks. Even after calculating a net present value, experts must address what a willing buyer would pay for the shares. These so-called “discounts to equity value” include control, marketability, and size discounts.

Although Chorzów and the Draft Articles make clear that interest forms part of “full compensation,” there is disagreement over the rate of interest, the date it begins to run and whether it compounds. Parties have previously incorporated a variety of interest rates, including risk-free rates, fixed or floating rates, the borrowing rate and statutory rates.

[7] The standard of proving damages are typically ‘reasonable certainty’ or ‘sufficient probability’.