Many litigants complain of the duration of ICSID arbitration, which on average take three years or more to complete, but Victor Pey Casado and President Allende Foundation v. Republic of Chile is in a class of its own.

Victor Pey Casado and President Allende Foundation v. Republic of Chile is the longest-running ICSID case in history. It was initiated in 1999 and remains ongoing, 17 years later. Based on the most recent developments, it does not seem that it will come to an end any time soon.

An Award was issued in September this year by an arbitral tribunal constituted of Mr. V. V. Veeder QC as a Chairman, Sir Frank Berman KCMG QC, appointed by the Claimant, and  Mr. Alexis Mourre, appointed by the Respondent. The Award is available below. A request for rectification of the Award was filed on 8 November 2016. 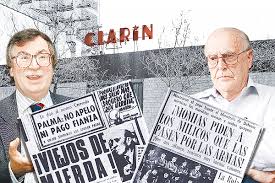 The request for rectification does not appear to have been enough for the Claimants, however, and on 22 November, only two weeks later, Claimants also brought a challenge against two of the three arbitrators sitting on the tribunal. Allegedly only several days after the September Award was issued, Claimants discovered that Mr. Alan Boyle, a barrister at Essex Court Chambers in London, had previously represented Chile in an ICJ case against Bolivia. Claimant also had noticed that two arbitrators, Franklin Bermann and VV Veeder are barristers at Essex Court Chambers. Therefore, in October, Claimants called on Chile, Mr. Berman and Mr. Veeder to make full disclosure of all of the links between Essex Court Chambers and Chile and how much Chile had paid to other Essex Court members engaged by it. When both the arbitrators and the State declined to provide this disclosure, Claimants filed a formal challenge.

This is just another case in a string of arbitrations where the challenge based on barristers’ membership in the same chambers has been raised. Investment law cases include Hrvatska Elektroprivreda v. Slovenia, in which counsel was disqualified on the grounds that he shared chambers with one of the arbitrators. Another well-known case is Vannessa Ventures v. Venezuela, in which Mr. Veeder himself resigned due to the appearance of another Essex Court Chambers member, Christopher Greenwood, acting as counsel for the Claimant.

There are arguments both in favor and against a challenge based on the membership in the same chambers. To begin with, it is true that chambers have a specific organization and structure and are do not operate in the same manner as law firms but are composed of separate practitioners working independently from one another. On the other hand, barristers do share the same space, sit in offices which are adjacent and typically do know each other every well. The IBA Guidelines on Conflicts of Interest in International Arbitration mention this, indicating that even though barristers’ chambers are not equivalent to law firms, such disclosures by barristers ‘may be warranted’ and necessary in certain circumstances.

Claimants’ argument was that Mr. Veeder’s predecessor on the tribunal, Philippe Sands, had applied this principle when he resigned from the case due to issues raised by Chile which, in Mr. Sands’ own words, would have required investigation and permission from third parties to disclose.

Claimants also did not miss an opportunity to criticize even the third tribunal member, Alexis Mourre, for agreeing with the tribunal’s decision not to order Chile to disclose all of its connections to Essex Court Chambers.

A challenge of two out of three arbitrators, in addition to a request for rectification, will only prolong these 17 year-long proceedings. It remains to be seen how persistent the Claimants will be and how far the ICSID system will allow them to go, but the case will continue to expand the maximum duration of ICSID arbitration.