The main issue related to enforcement of an arbitral award against a State in the United States is the State’s sovereign immunity. Under the Foreign Sovereign Immunities Act (“FSIA”), foreign sovereigns enjoy immunity from jurisdiction, a presumptive immunity from suit in U.S. federal and state courts, and immunity from execution, whereby their property is immune from attachment and execution.[1] 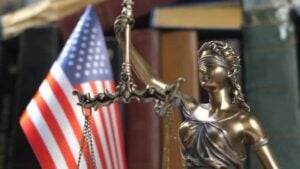 To enforce an award against a State’s assets located in the United States, Section 1609 of the FSIA provides that the court must determine whether the assets meet restrictive exceptions to immunity from execution that provides general protection of State property from attachment.[3]

Section 1610(a) of the FSIA allows execution against a foreign State’s property located in the United States if the property is used for commercial activity. [4] The FSIA defines “commercial property” as “either a regular course of commercial conduct or a particular commercial transaction or act”.

Section 1611 of the FSIA also provides that certain types of property are immune from execution in all circumstances, such as (i) assets detained by a foreign central bank or monetary authority, or (ii) property that is or is intended to be used in connection with military activity, with (a) military character or (b) under the control of a military authority or defence agency. If the foreign state has not waived its immunity and property is held for its own account, such property may not be attached even if it is used for commercial purposes. [5]

Also, the FSIA provides that the property subject to attachment and execution must be property in the United States of a foreign State. The FSIA defines what entities are included within the meaning of a “foreign state”.[6] Section 1603(b)(2) of the FSIA defines an agency or instrumentality of a foreign State as any entity that is an organ or political subdivision of the State.[7] Courts across the U.S. have found that political subdivision refers to diplomatic agencies such as embassies or consulates.[8]