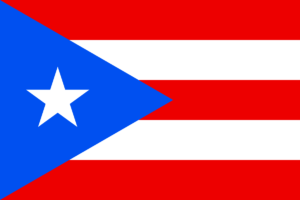 In adopting a law based on the UNCITRAL model law as amended in 2006, Puerto Rico provided a new framework for international commercial arbitrations in addition to the Federal Arbitration Act and the New York Convention of 1958. Known as the “Ley de Arbitraje Comercial Internacional en Puerto Rico”, the new law contains all the key features of modern arbitration laws including the principle of separability of the arbitration agreement or the competence-competence principle.

The international commercial arbitration law of Puerto Rico remains silent as to any formal requirements for arbitration agreements.

Parties have discretion and may determine the place and language of the arbitral proceedings (Articles 6.02-03). Similarly, parties may choose their arbitrators. Absent such a choice the default number will be of three arbitrators (Articles 3.01-02).

Arbitrators must disclose any information that may raise any justifiable doubts as to their impartiality and independence. Otherwise, parties may challenge the members of the tribunal (Article 3.03).

Under the 2012 law, arbitrators can rule on their own jurisdiction (Article 4.01).

Under certain conditions, arbitral tribunals may grant interim measures to maintain or restore the status quo pending determination of a dispute; prevent action harmful to the proceedings; and preserve assets or evidence relevant and material to the resolution of a dispute (Article 5.01).

Similarly, parties may choose the law applicable to the substance of the dispute. Where the parties have not made such a choice, the arbitral tribunal will determine the applicable law based on the conflict-of-law rules it deems applicable.

Arbitrators may also decide a case ex aequo et bono or as amiable compositeur if the parties have expressly authorised them to do so. The law also requires arbitral tribunals take into account the usages of the trade applying to the contract (Article 7.01).

Correction and Interpretation of Arbitral Awards in Puerto Rico

Once the award is issued, the parties, or the arbitral tribunal at its own initiative, may seek the correction of an award  within thirty days .

Likewise,  parties may request an interpretation of the award or an additional award as to claims presented but omitted from the award from the arbitrators. Parties must present such a request within thirty days of the receipt of the award (Article 7.06).

Application to Set Aside an Arbitral Award in Puerto Rico

The party against whom an award is issued may seek the annulment of such a decision within three months. The law sets out a limited number of grounds for the annulment of the award as follows (Article 8.01):

Recognition and Enforcement of an Arbitral Award in Puerto Rico

Finally, a party may contest the recognition and enforcement of an award on the same grounds as for the annulment (Article 9.00) in Puerto Rico.

The full law on international commercial arbitration in Puerto Rico, in Spanish, may be found below.