The legal framework for the enforcement of foreign arbitral awards in the Kingdom of Saudi Arabia has changed dramatically over the past decade. 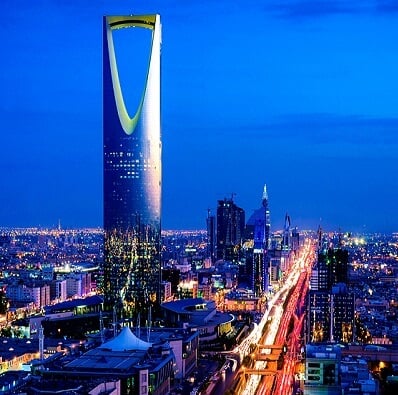 In 2012, Saudi Arabia enacted a new Arbitration Law, based on the 1985 UNCITRAL Model Law. This replaced its 1983 Arbitration Law. The previous procedure for the enforcement of arbitral awards had been complicated, long and uncertain.

Saudi Arabia also enacted an Enforcement Law, a year afterwards. This act established specialized Enforcement Courts for “executory instruments” such as cheques, promissory notes, court judgments and arbitral awards (including foreign decisions). It replaced the 1989 Rules of Civil Procedure before the Saudi Board of Grievances.

The Enforcement Law introduces for the first time into Saudi law the institution of qadi al tanfiz – the Enforcement Judge. Until 14 February 2013, enforcement procedures of foreign decisions were before the Board of Grievances, but no longer.

Procedural Requirements for the Enforcement of Arbitral Awards in Saudi Arabia

An arbitration award which complies with the Saudi Arbitration Law has the authority of a judicial ruling and should thus be enforceable. Furthermore, the Arbitration Law prescribes that the competent authority has a duty of issuing an order for enforcement of the award.

The party enforcing an award must file a request for enforcement along with the following documents:
– The original award or an attested copy thereof;
– A copy of the arbitration agreement;
– An Arabic translation of the arbitration award attested to by an accredited authority (if the award is not in Arabic);
– Proof of deposit of the award with the competent court.

The Arbitration Law prescribes the following general conditions for obtaining an enforcement order:
– The award is not in conflict with a judgment or decision of an authority having jurisdiction to decide the dispute in the Kingdom of Saudi Arabia;
– The award does not violate the provisions of Shari’ah and public policy in Saudi Arabia. If the award is divisible (for instance, if interest is awarded) an order for execution of the part not containing the violation may be issued;
– The award is properly notified to the party against whom it is rendered.

Finally, the possibility to appeal the decision of the court to execute the award depends on the decision. In case the order denies the execution, an appeal is permissible and so in the period of 30 days from the moment of issuance.

Enforcement Judge’s Authorizations in the Enforcement of Arbitral Awards

An Enforcement Judge, according to the Enforcement Law, takes all precautionary measures in case of the opposing party’s non-compliance. The Enforcement Judges can seek the assistance of process servers, enforcement officers, police or other competent authorities. When the relevant party fails to fulfill the obligation within five days of notification of the execution order, the Enforcement Judge disposes of various measures. They may in such situations, for example, impose travel bans, order a freezing of bank accounts or demand the disclosure and seizing of assets.

Enforcement Judges have a duty to gather information on reciprocity with another country. The Ministry of Justice issues an official statement that the country of origin of the decision has a reciprocal relationship with Saudi Arabia. This is a consequence of the reservation imposed by the Kingdom of Saudi Arabia upon ratification of the 1958 New York Convention.

In the case of a foreign arbitral award, the interested party must submit written evidence from the relevant foreign authority from the country of issuance confirming that the award is final.
– the decision is not inconsistent with any already existing decision or order of the Saudi courts; and
– the decision is in conformity with Saudi public policy (and notably Shari’ah law).

The most demanding requirement may be the one regarding compliance with the principles of Saudi public policy (and consequently the principles of Shari’ah law). Such an evaluation may lead to examining a case on the merits. This potentially could lead to additional problems and longer periods to decide on the enforcement of arbitral awards. If the decision fulfills the requirements, the Enforcement judge issues the enforcement order.

Finalization of the Enforcement Procedure

However, there is no possibility for the attachment or enforcement of State property. This leads to a factual situation where awards rendered against Saudi State entities are practically unenforceable in Saudi Arabia itself.

The above-stated developments brought about important changes and the early use of the new procedural framework is encouraging.

Namely, an Enforcement Court in Riyadh announced the enforcement of a US$ 18.5 million ICC award rendered in London. Unlike previous procedures, it took only three months to decide on enforcement, rather than years.

It may be that the enforcement of arbitral awards in the Kingdom of Saudi Arabia has truly entered a new era.