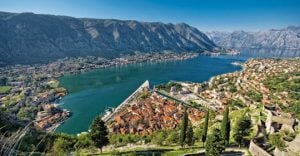 First, Montenegro prevailed in a dispute with MNSS BV and Recupero Credito Acciao, Netherlands-registered investors in a bankrupt steel plant. In May 2016, the Arbitral Tribunal dismissed the claim against the State partly on jurisdiction and partly on the merits.

In that case, the Claimant alleged several breaches of their contract with the Government and claimed that Montenegro discriminated against it when the Company went bankrupt in 2011, amounting to a violation of the Bilateral Investment Treaty between the Netherlands and Yugoslavia (through State succession), and the State’s Foreign Investment Law (2011). Over €100 million in damages were requested.

The arbitral tribunal declined its jurisdiction over the contract and the investment law claims and rejected all BIT claims except for the breach of the full protection and security standard, while ruling that the investors had suffered no loss as a result of a violation of this treaty standard.

Second, Montenegro was also successful in a claim amounting to €600 million brought by the Central European Aluminium Company (“CEAC”) owned by Oleg Deripaska, a Russian billionaire. The Arbitral Tribunal declined its jurisdiction on July 9, 2016, on the ground that Claimant had failed to establish a seat or registered office in Cyprus and thus could not qualify as a foreign investor and bring a claim under Article 1(3)(b) of the Montenegro-Cyprus Bilateral Investment Treaty of 2005. In the case, Montenegro successfully argued that the claimant had no office in Cyprus, that the address provided was in fact an abandoned residence and the tribunal accepted the view that a certificate of tax residency was insufficient to establish a seat for the purposes of a BIT claim.

Below is a copy of this recent award.