In a recent decision, C v D [2022] HKCA 729, the Hong Kong Court of Appeal held that pre-conditions to arbitration are a question of admissibility, instead of jurisdiction. Hence, it refused to set aside a partial arbitral award for lack of jurisdiction. Multi-tiered arbitration clauses, containing pre-conditions to arbitration, such as mandatory cooling-off periods, mediation or amicable negotiations, are frequently used in practice. The C v D decision provides welcome clarity that the jurisdiction of a Hong Kong-seated arbitral tribunal will normally be upheld, even where there are questions about compliance with a pre-condition to arbitration. This decision is also perfectly in line with the approach recently adopted by the English courts regarding escalation clauses in Sierra Leone [2021] EWHC 286. 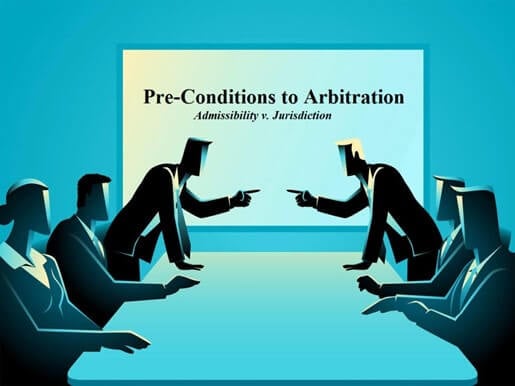 Contract In Question: In December 2011, company C and company D entered into a Co-operation Agreement for the development, building and deployment of a satellite, governed by Hong Kong law.

Arbitration Clause: The Co-operation Agreement contained a multi-tiered dispute resolution clause which provided that the Parties “shall” first attempt to resolve any dispute in good faith by negotiation. The clause then provided that either Party “may”, by written notice to the other, have such disputes referred to the Chief Executive Officers (“CEOs”) of the Parties for resolution. Ultimately, if the dispute cannot be resolved within 60 days of a party’s request in writing for negotiation, it “shall” be referred to arbitration at the Hong Kong International Arbitration Centre, in accordance with the UNCITRAL Arbitration Rules in force at the time.

Dispute: In December 2018, the CEO of company D sent a letter to the directors of company C, claiming that company C was in repudiatory breach of the Co-operation Agreement, followed by an amicable solution proposal. Company C responded to the letter, merely stating that the matter should be addressed to company C’s CEO, and not to the directors. There was no further correspondence from D, and neither party referred the dispute to the CEOs for resolution.

Arbitration: In April 2019, D commenced arbitration. Company C challenged, amongst others, the jurisdiction of the constituted arbitral tribunal, on the ground that the dispute had not been referred to the CEOs for resolution and, as such, the Parties’ agreed pre-condition to arbitration was, according to C, not fulfilled.

Partial Award Upholding Jurisdiction: In April 2020, in a Partial Award, the arbitral tribunal upheld its jurisdiction, holding that the reference of the dispute to the CEOs was “optional” and that the only mandatory pre-condition was that 60 days had to pass from a party’s request in writing for negotiation, which had been fulfilled by D by its December letter. The tribunal then went ahead to award D damages for C’s breach of contract.

Hong Kong Court of First Instance Upholding Tribunal’s Jurisdiction: Subsequently, C sought to set aside the Partial Award of the tribunal in an application to the Hong Kong courts, for lack of jurisdiction. The set-aside application was brought under Section 81 of the Hong Kong Arbitration Ordinance, which mirrors Article 34 of the UNCITRAL Model Law, and sets out exhaustively the bases on which a court may set aside an arbitral award. In a skilfully-drafted decision, C v D [2021] HKCFI 1474, the Hong Kong Court of First Instance held that C’s objection is “one going to the admissibility of the claim”, rather than the jurisdiction of the arbitral tribunal (para. 53). As such, it rejected company C’s application to set aside the tribunal’s Partial Award. In reaching its decision, the Hong Kong Court of First instance examined how the distinction between jurisdiction and admissibility was dealt with in academic works (paras. 30-36), including by Mills, Born and Paulsson, and in court decisions in Singapore (another Model Law jurisdiction, like Hong Kong), the United Kingdom and the United States (paras. 37-42).

Appeal: In August 2021, company C then appealed the lower court’s decision. A leave of appeal was granted, as the decision raised a question of general significance to arbitration law in Hong Kong.

In another well-reasoned decision, the Hong Kong Court of Appeal aptly held that whether pre-conditions to arbitration are met “is a question intrinsically suitable for determination by an arbitral tribunal, and is best decided by an arbitral tribunal in order to give effect to the parties’ presumed intention to achieve a quick, efficient and private adjudication of their dispute by arbitrators chosen by them on account of their neutrality and expertise” (C v D [2022] HKCA 729, para. 63).

Company C claimed, inter alia, that the UNCITRAL Model Law made no distinction between “admissibility” and “jurisdiction”, so this distinction should not be recognized in Hong Kong (C v D [2022] HKCA 729, para. 26).

The Court of Appeal was unconvinced by this argument: it held that there is a substantial body of case law in the United Kingdom, Singapore, Australia, the United States and Hong Kong (C v D [2022] HKCA 729, paras. 29-41), as well as academic writing (para. 42), which supports the drawing of a distinction between jurisdiction and admissibility for the purpose of determining whether an arbitral award is subject to de novo review by the court under the UNCITRAL Model Law, and the view that non-compliance with procedural pre-arbitration conditions, such as a requirement to engage in prior negotiations, goes to the admissibility of the claim, rather than the tribunal’s jurisdiction (para. 43).

The Court of Appeal was unconvinced by this argument as well: it held that it is an “over-simplification” to say that where a reference to arbitration is subject to some condition precedent, a tribunal’s decision on whether that condition precedent has been fulfilled must necessarily be a jurisdictional decision, or one which is open to court review (C v D [2022] HKCA 729, para. 57). The court ably noted that the proper question here is whether the parties intended that the question of the fulfilment of the condition precedent is to be determined by the arbitral tribunal (para. 57).

To answer this question, the Hong Kong court then referred to the landmark English decision Fiona Trust [2010] EWHC 3199, in which Lord Hoffmann held that there is a presumption that parties, as rational businessmen, are likely to have intended any dispute arising out of their relationship to be decided by the same tribunal. The presumption remains rebuttable, but only if the language of the arbitration clause makes it clear that certain questions were intended to be excluded from the arbitrator’s jurisdiction (C v D [2022] HKCA 729, para. 62).

Accordingly, the Hong Kong court held that, in the case before it, the arbitration clause should be construed in accordance with this presumption, i.e., that all matters, including disputes about whether pre-conditions to arbitration are met, should be resolved conclusively by the arbitral tribunal itself (C v D [2022] HKCA 729, para. 63).

On the basis of the above, the Hong Kong court rejected all of C’s arguments and agreed with the Court of First Instance that the Partial Award was not subject to court review.

The practical implications of the C v D decision of the Hong Kong Court of Appeal are quite significant.

From a global perspective, the decision is also held to be the highest standing authority coming from a UNCITRAL Model Law jurisdiction on the issue of pre-conditions to arbitration, giving a definitive answer to the admissibility or jurisdiction debate.

This decision also reaffirms the pro-arbitration stance in Hong Kong and promotes the overall efficiency of arbitration, as a one-stop solution, precluding costly and time-consuming jurisdictional challenges before national courts.

The C v D decision of the Hong Kong Court of Appeal provides welcome certainty and clarity on the frequently-litigated admissibility or jurisdiction debate and the growing recognition that a failure to comply with pre-conditions to arbitration is an issue of admissibility, which leaves intact the jurisdiction of the arbitral tribunal.