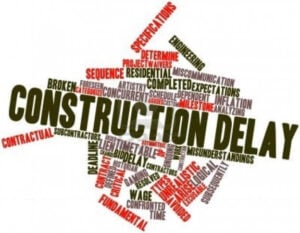 The basic common law principle, which is similar in many civil law legal systems, is that any claim for losses and expenses is recoverable either on the basis of contractual provisions for the recovery of these items or, in the absence of such terms, as a general claim for damages for breach of contract, on the test for remoteness as laid down in Hadley v Baxendale (1854).[3] The “test of remoteness” was set by Alderson B in Hadley v Baxendale (1854), as follows:[4]

“Damages … should be such as may fairly and reasonably be considered either arising naturally, i.e. according to the usual course of things, from such breach of contract itself, or such as may reasonably be supposed to have been in the contemplation of both parties, at the time they made the contract, as the probable result of the breach of it.”

There is no such thing as a one-size-fits-all standard format for a delay claim. Each claim depends on the individual facts of a specific case or project.

Nevertheless, the starting point for the assessment of a prolongation claim in any delay analysis should be “in respect of what period is the contractor entitled to payment?”.[5] This is because the amount of the entitlement to prolongation costs depends on actual costs incurred.

Once the time period has been determined, the second step is determining which heads of costs the delayed party is entitled to recover. Most claims for delay and disruption fall into one or more of the following heads of claim:

This list is not exhaustive and depends on the jurisdiction in question.

Overheads are an important element of delay claims, and a sometimes controversial one. For overheads, it is essential to demonstrate that the overheads being claimed are additional and/or that they could have been deployed elsewhere had the problems with the project not been encountered.[7] Overheads can broadly be divided into the following categories:

Finally, a claim by a contractor for loss or expense may include financing costs, in which case, it is important to show that there was enough work available which had to be turned down because of the delays in the particular project. Similarly, it has to be demonstrated that all the components of the claim satisfy one of the two limbs of the test of remoteness as laid down in Hadley v. Baxendale.[9]