You are here: Home / France Arbitration / Revision of Arbitration Awards under French Law

Under French law, pursuant to the doctrine of functus officio, once the arbitral tribunal has rendered its award, it cannot re-examine it.[1] There is no possibility for the French courts to remit the matter to the arbitral tribunal in case an award is annulled. Accordingly, the parties can only start new arbitration proceedings on the basis of the existing arbitration agreement.

However, there are two exceptions to that principle: 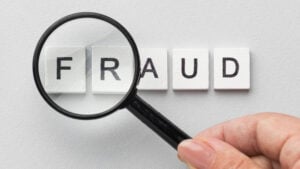 Since 2011, however, parties may apply for revision of an arbitral award that is either domestic or international.

In this regard, pursuant to Article 1502 of the Code of Civil Procedure:

The application for revision of an arbitral award may be made in the circumstances provided in Article 595 for court judgments, and under the conditions set forth in Articles 594, 596, 597 and 601 through 603.

The application shall be made to the arbitral tribunal.

Grounds for Revising an Arbitration Award

Article 595 of the Code of Civil Procedure provides that:

An application for revision of a judgment may be made only where:

1. it comes to light, after the judgment is handed down, that it was obtained fraudulently by the party in whose favour it was rendered;

2. decisive evidence that had been withheld by another party is recovered after the judgment was handed down;

3. the judgment is based on documents that have since been proven or have been held by a court to be false;

4. the judgment is based on affidavits, testimonies or oaths that have been held by a court to be false.

In all four cases, an application for revision shall be admissible only where the applicant was not able, through no fault of his or her own, to raise such objection before the judgment became res judicata.

The review of arbitration awards under French law is limited by the interdiction of a revision of the merits of the case (“révision au fond”).[5] The French court may review decisions on jurisdiction. It may also ensure that due process has been respected over the course of the arbitration and that the arbitrators were independent. In addition, French courts have consistently interpreted public policy restrictively.[6]

Example of Revision of an Arbitration Award

It is not possible to talk about the revision of arbitration awards under French law without mentioning the Bernard Tapie case.

The judgment rendered by the Paris Court of Appeal on 17 February 2015[7] is one of the few examples of a successful action for revision.

To consider admissible the motion for revision , the Paris Court of Appeal, first, ensured that the arbitration award was a domestic arbitration award as the applicable law at the time was the law prior the 2011 French Arbitration Law.

Then, the Court of Appeal had to assess whether the award was issued by fraud. The plaintiff discovered evidence of fraud through an ongoing criminal investigation. These facts came to the plaintiff’s attention only when it had access to the criminal files, namely after the award was rendered. Evidence of inappropriate acquaintances between Mr. Bernard Tapie and one of the arbitrators was found. In addition to the general behaviour of the arbitrator during the arbitration proceedings, a book written by Mr. Tapie was found at the arbitrator’s home containing a dedication to the arbitrator stating that his “support has changed [Mr. Tapie’s] destiny”.

In addition to the acceptance of the motion for revision of the arbitration award, the Paris Court of Appeal also recognized its jurisdiction over the case which means that it had the capacity to consider the merits of the case.

An appeal to the French Supreme Court was lodged by the Tapie Group against the decision of the Court of Appeal.

However, by a decision dated 30 June 2016, the Cour de Cassation confirmed the Appeal Court’s decision. [8]

[1] Black’s law dictionary, p. 682, Definition of functus officio: “without further authority or legal competence because the duties and functions of the original commission have been fully accomplished.”

[2] Pursuant to Article 1485 of the Code of Civil Procedure, “Once an award is made, the arbitral tribunal shall no longer be vested with the power to rule on the claims adjudicated in that award.

However, on application of a party, the arbitral tribunal may interpret the award, rectify clerical errors and omissions, or make an additional award where it failed to rule on a claim. The arbitral tribunal shall rule after having heard the parties or having given them the opportunity to be heard”

[4] Pursuant to Article 1504 of the Code of Civil Procedure, “An arbitration is international when international trade interests are at stake.”