You are here: Home / Investor State Dispute Settlement / The Standard of Full Protection and Security for Foreign Investors

The standard of full protection and security is one of the basic principles of investment protection applicable to investor-State arbitrations. Its content, scope of application and the sanctioned behaviors of host States of investment can be diverse.

Doctrinal Definition of the Standard of Full Protection and Security 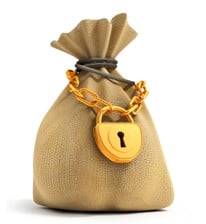 The standard of full protection and security could be historically classified in three different stages, depending on the sanctioned behaviour. First, this protection was against riots, then against abuses of police and military forces and finally protecting foreign investors from acts of regulatory authorities of the host State.[2]

Therefore, the standard of full protection and security provides for the sanctioning of acts and omissions of a host State which did not apply reasonable measures and due diligence to prevent physical or legal infringements.

As stated by the arbitral tribunal in the PSEG v. Turkey case, the standard includes providing for the physical safety of people and installations.[3]  Sanctioned acts can be performed by both private persons and public entities. Still, not every infringement can be imputable to the host State. As the arbitral tribunal in the ELSI case explained, the standard cannot be understood as “the warranty that property shall never, in any circumstances be occupied or disturbed”.[4]

“The host State is obligated to ensure that neither by amendment of its laws nor by actions of its administrative bodies is the agreed and approved security and protection of the foreign investor’s investment withdrawn or devalued.“[6]

In order to prove that a violation of the standard of full protection and security has taken place, the investor must provide sufficient evidence that the host State encouraged, contributed or in another way failed to apply reasonable measures to protect the interests of a foreign investor. In many cases, tribunals have found that this element was missing and thus, the host State was found not to be liable.[7]

A host State may be deemed liable for the breach of the standard if it fails to prevent an interference in a situation which fell within public powers.[8] However, once measures have been applied by the host State, their quality and the goals to be achieved are rarely questioned. In fact, measures that a host State applied may only be problematic if they provoke ‘intolerable consequences’.[9] In any event, measures that a host State enacted should be reasonable in the given circumstances.[10]