Third party funders, nearly all of which are listed below, may agree to finance all or a portion of one party’s legal costs for a given international arbitration. A third party funder typically earns an agreed percentage of any award or a success fee, or a combination of the two, in the event of a successful arbitration. Should the case fail, the funder loses its investment and is not entitled to any payment. The percentage earned by the third-party funder is significant – typically 20%-50% of the amount awarded in a case – although it can also be a multiple of the amount invested by a third-party funder. Returns on investment of three are generally sought, as in private equity or project finance. 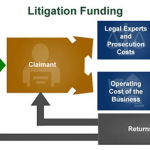 Clients who are not represented by counsel will generally be turned away by third party funders, as most third party funders require a legal memorandum analysing jurisdictional issues, the merits of the case and quantum issues, prior to even agreeing to perform due diligence on a claim. Some leading arbitration law firms, such as Aceris Law, can assist clients seeking third party funding for international arbitration at no cost.

Third party funding permits greater access to justice for claimants, permitting meritorious claims to proceed that could not otherwise be pursued for purely financial reasons. It also levels the playing field so that cases will not be resolved on the basis of unequal economic resources or risk preference. Even for claimants with sufficient funds, third party funding is sometimes used to take the costs of litigation or arbitration off of the company’s balance sheet, or to outsource these costs and financial risks. The terms of litigation funding agreements between funders and clients typically set out the agreed conduct of each party, the payoffs to the funder, the circumstances and conditions in which the funder can exit the case, and the reporting and updating requirements of the funder, lawyers and client.

Factors taken into consideration by funders when deciding whether to find an arbitration include (1) the value and complexity of a claim, (2) the amount of funding needed, (3) the likelihood of success of the claim, (4) whether other parties have an interest in the claim, (5) the jurisdiction in which the arbitration takes place, (6) the arbitral institution that administrators a case, (7) whether counterclaims will be made and (8) the ease of enforcement of the arbitral award to be rendered.

Third party funding is very difficult to obtain. Third party funders will rarely fund cases where the real amount in dispute is less than USD 5 million, they will only fund cases against Respondents with assets that an arbitration award can be enforced against, and it can take six months to a year for the third party funder’s due diligence to be completed.

You will find a list of the primary third party funders for international arbitration below.