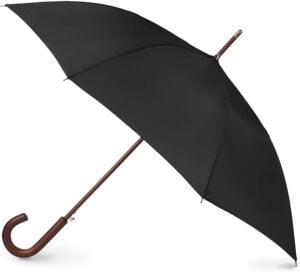 The Principle of the Umbrella Clause in Investment Arbitration

Hence, tribunals generally declare themselves competent over cases including an umbrella clause in the relevant BIT concerning internal engagements entered into by the host State.[5] It shall be noted that in many cases where the main contract incorporates a dispute resolution clause involving other jurisdictions, the umbrella clause is used to maintain the competence of the arbitral tribunal over the case.[6]

Conditions to Apply the Umbrella Clause in Investment Arbitration

Violation of a Contractual Engagement

Certain BITs expressly include the protection of contractual engagements of the host State towards the investor. For instance, this possibility is illustrated in Article 2 of the Agreement between the Republic of Chile and the Republic of Austria for the Promotion and Reciprocal Protection of Investment signed on 8 September 1997:

Violation of the State’s Unilateral Commitments

The umbrella clause can also be drafted in broad language. In other terms, it is possible to expressly incorporate even a unilateral commitment taken by a host State. Regulatory or legislative acts can also be covered by such a clause. Some tribunals [8] have affirmed that two main conditions are needed:

The undertaking is supposed to be taken by the State since it is the debtor of the international obligation. Therefore, it is important to identify the entities that can make engagements regarding the investor and engage the host State at the same time.

It is well established in practice that engagements taken by entities emanating from the host State are considered the State’s engagements. However, other entities that possess an independent legal personality are the subject of debate in doctrine. Either it is not accepted to include companies with independent legal personalities,[9] or it is confirmed that an entity that acts on behalf of the State is considered liable for its engagements.[10]

The Entities That Can Benefit from the Umbrella Clause

Two main aspects exist. The first one is pertinent to an umbrella clause only including the term “investments” without further specifications. In this case, the scope of interpretation is wide and can allow an arbitral tribunal to even integrate investors who are not party to the contract into the scope of protection of the umbrella clause. For instance, Article 10 of the Swiss-Qatar BIT signed the 12 November 2001 states that:

Each contracting party shall observe any contractual obligation it has assumed with regard to investments in its territory by investors of the other Contracting Party.

The second aspect is that, if the umbrella clause only incorporates the term “investors”, it may be interpreted restrictively by tribunals. In other terms, tribunals may require a perfect identity between the parties in the procedure and in the engagement taken.[11]

While many underestimate the power of an umbrella clause, and many investors incorrectly assume that a violation of local law automatically constitutes the violation of an international obligation, umbrella clauses can be advantageous to investors when the necessary conditions are united. Before entering into a contractual relationship with a State, an investor would also be wise to look at the applicable BIT in order to determine whether it contains an umbrella clause.