You are here: Home / United Kingdom Arbitration / A Single Notice of Arbitration Validly Commenced an Arbitration Where There Were Multiple Contracts

The English Commercial Court dismissed a jurisdictional challenge under Section 67 of the Arbitration Act 1996 in LLC Agronefteprodukt v Ameropa AG [2021] EWHC 3473 (Comm) and held that a single Notice of Arbitration validly commenced an arbitration where there were two contracts, each containing a separate arbitration agreement. 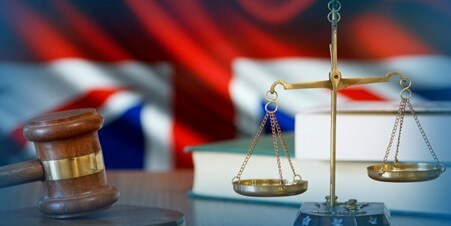 LLC Agronefteprodukt (the “Sellers”) agreed to sell quantities of Russian Milling Wheat to Ameropa AG (the “Buyers”) under two separate contracts of sale (the “Contracts”). The Contracts each contained an arbitration clause, which provided for arbitration under the Arbitration Rules of the Grain and Feed Trade Association (“GAFTA”) seated in London.

Disputes arose between the parties under each of the Contracts and the Buyers sent a Notice of Arbitration to the Sellers in August 2018 that included a concluding paragraph as follows: “On a separate note, [the Buyer wondered] if, for efficiency and economy, [the Sellers] would accept the two contracts/disputes be adjudicated under a single arbitration and by the same Tribunal” (“the Final Paragraph”). The Sellers did not respond to the Notice of Arbitration. The Buyers then applied to GAFTA for the appointment of an arbitrator on behalf of the Sellers, which GAFTA did in September 2018.

The Sellers then emailed the Buyers referring to the dispute between the parties, stating “we are open for discussion about variants of settlements to avoid arbitrations“. The parties entered into negotiations and concluded a Washout Agreement (“the Agreement”) which was also subject to English law and GAFTA arbitration. A “Settlement Sum” was agreed in the Agreement and if it was not fully paid within the agreed periods, the Buyer would be entitled to terminate the Agreement and to continue the Claim in arbitration for the full value of loss. The Sellers failed to make payment, and the Buyers continued the arbitration.

The Sellers wrote to GAFTA objecting to the arbitral tribunal’s jurisdiction on the basis that the Buyers had failed to commence arbitration under each contract properly and instead wrongfully commenced a single consolidated arbitration in respect of the disputes under the two separate contracts without the Sellers’ consent.

The First Tier GAFTA Tribunal rejected the Sellers’ objection on the grounds that the right to object had been waived by their silence following the Buyers’ suggestion that the two contracts/disputes be adjudicated in a single arbitration and by the same tribunal. The GAFTA Board of Appeal also upheld the decision.

The Sellers proceeded to challenge both the First Tier Tribunal Award and the Appeal Board Award under Section 67 of the Arbitration Act.

Decision on the Section 67 Challenge

Interpretation of the Notice of Arbitration

The court rejected the argument that the Notice did not purport to commence arbitration in respect of both Contracts. The Court held that there are no statutory prescribed formalities under Section 14(4) of the Arbitration Act 1996 which a notice of arbitration must follow save that it be in writing.

The Court instead emphasised the significance of the Final Paragraph of the Notice in which the Buyers had made it clear they were seeking to have the “two contracts/disputes be adjudicated together under a single arbitration and by the same Tribunal”. The judge agreed with the Buyers that such a request would not have made sense unless the Notice was commencing two arbitrations.

The Sellers also argued for rectification on the basis that the Buyers’ subjective intention in writing the Notice was that they intended to commence a single arbitration under a single Notice of Arbitration. The Court rejected this argument as, under English Law, a court can only rectify a document on the grounds of either common mistake or unilateral mistake. Here, the Sellers’ case was that the Notice of Arbitration was intended to be in respect of a single arbitration, whereas the Buyers’ case is that it was intended to be in respect of an arbitration under each contract. There was no mistake that could be said to be common between the parties.

The Sellers then relied on what they indicated was a unilateral mistake by the Buyers in the drafting, so that the final paragraph of the Notice should be rectified by the court to reverse the reference to two disputes and substitute a reference to one dispute. The Court explained that in the case of unilateral mistake rectification is permissible where one party makes a mistake in a document, and the other party knows of the mistake but allows it to stand in circumstances that make it inequitable for it to rely on the document as mistakenly drawn. Here, the Buyers who gave Notice denied that there was any mistake and therefore rectification was not permissible.

The Sellers submitted in the alternative that the Buyers were estopped from contending that the Notice commenced two arbitrations because the Sellers made various representations giving rise to a common assumption during the arbitral proceedings that the Notice purported to commence a single arbitration.

Where there are disputes between the same parties arising under a string of contracts, arbitration users query as to whether it is more appropriate to serve more than one notice or issue more than one request for arbitration in respect of each contract, and whether this means that the arbitration proceedings will be conducted separately.

However, in this present case, consolidation of arbitrations is only permitted under Rule 7.1 of Gafta 125 where parties to a string of contracts agree to consolidation in writing. In the absence of agreement between the parties, Rule 7.2 of Gafta 125 provides that a tribunal has the right to direct that multiple arbitrations be conducted together via concurrent or consolidated hearings, but separate awards will be made in respect of each contract.

Although the Buyers here were able to resist a jurisdictional challenge, issuing separate notices of arbitration in respect of each contract at the outset could have been more effective if somewhat more costly. Arbitration users should therefore review the chosen procedural rules before commencing arbitration and issue multiple notices or requests for arbitration where necessary, and then apply for claims to be consolidated later pursuant the rules.