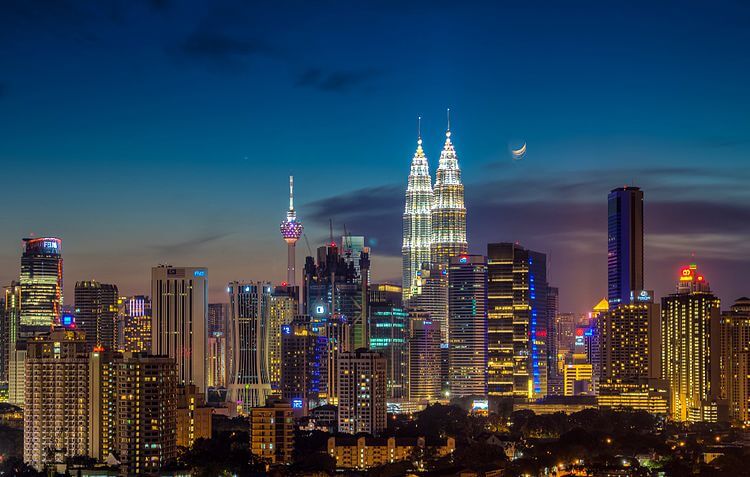 An Arbitration Agreement is defined in Section 9 of the Arbitration Act as an“agreement by the parties to submit to arbitration all or certain disputes which have arisen or which may arise between them in respect of a defined legal relationship, whether contractual or not”. Section 9 further specifies requirements regarding the form of the arbitration agreement:

Section 4 of the Arbitration Act further states that all disputes which are not contrary to Malaysian public policy are considered as arbitrable. There are no further conditions as to the arbitrability of disputes under Malaysian law.

(a) one of the parties to an arbitration agreement, at the time of the conclusion of that agreement, has its place of business in any State other than Malaysia;

(b) one of the following is situated in any State other than Malaysia in which the parties have their places of business:

(ii) any place where a substantial part of the obligations of any commercial or other relationship is to be performed or the place with which the subject-matter of the dispute is most closely connected; or

(c) the parties have expressly agreed that the subject matter of the arbitration agreement relates to more than one State.

“Domestic” arbitration means every arbitration which is not international. Part III (Sections 40 to 46) of the Arbitration Act govern domestic arbitration, unless parties agree otherwise in writing.

The Arbitration Act imposes no restrictions on the appointment of arbitrators, providing that any person with legal capacity can act as an arbitrator, including an acting or serving judge (unlike in some jurisdictions). There are no other mandatory qualifications for a person to serve as an arbitrator.

Section 14(3) of the Arbitration Act lists the grounds for challenging an arbitrator, providing that an arbitrator may be challenged only in case of circumstances where (a) the circumstances give rise to justifiable doubts as to that arbitrator’s impartiality or independence; or (b) that the arbitrator does not possess the qualifications agreed to by the parties. However, if a party knew about the grounds for such a challenge prior to the arbitrator’s appointment, such a challenge would not be permitted.

The procedure for the challenge of an arbitrator is specified in further detail in Section 15 of the Arbitration Act, which states that challenges may be made within 15 days as of the parties becoming aware of the constitution of the tribunal or of the reasons listed in Section 14(3). If the challenge before the tribunal is not successful, the challenging party may still submit an application to the High Court within 30 days of receiving the decision rejecting the challenge (Section 15(3)).

The competence-competence doctrine, which means that arbitral tribunals have the power to rule upon their own jurisdiction, is equally applicable in Malaysia. Section 18(1) of the Arbitration Act provides that an arbitral tribunal may rule upon its own jurisdiction, including any objections to the existence or validity of an arbitration agreement. This doctrine has been applied in a number of cases by Malaysian courts. Recent examples include TNB Fuel Services Sdn Bhd v China National Coal Group Corp [2013] 1 LNS 288 and Chut Nyak Isham bin Nyak Ariff v Malaysian Technology Development Corp Sdn Bhd & Ors (([2009] 9 CLJ 32).

Arbitral Tribunals in Malaysia have also been vested with powers to order interim measures. Section 19(1) of the Arbitration Act provides that a party may apply for one of the following orders:

(a) security for costs;

(b) discovery of documents and interrogatories;

(c) giving of evidence by affidavit;

(d) the preservation, interim custody or sale of any property which is the subject-matter of the dispute.

Amendments to the Arbitration Act in 2018 slightly revised Section 19(1), bringing it in line with the most recent changes to UNCITRAL Model law, now also allowing for ex parte requests for interim relief, without notice to the other party.

The Arbitration Act grants Malaysian courts with power to grant interim relief, as well, as provided in Section 11 of the Arbitration Act, which states that a party may, both before and during arbitral proceedings, apply to a High Court for any interim measure listed in Section 11(1)(a)-(h). As the High Court ruled in Cobrain Holding Sdn Bhd v GDP Special Projects [2010] 1 LNS 1834, these powers may not be excluded by an agreement of the parties.

Recognition and Enforcement of Arbitral Awards in Malaysia

Malaysia has been a party to the Convention on Recognition and Enforcement of Foreign Arbitral Awards (the “New York Convention”) since 1968 but has made a declaration under Article I that the Convention is applicable, on the basis of reciprocity, only to awards made in contracting states and to disputes considered as commercial in nature pursuant to Malaysian law.

Enforcement of arbitration awards is codified in Chapter 8 of the Arbitration Act. For an award to be enforceable, it must be in writing and signed by the arbitrator (in the case of a single arbitrator), and in case of an arbitral tribunal, by  the majority. The award must state reasons, it must be dated and it must state the seat of arbitration. Section 38 of the Arbitration Act lists the procedure for recognizing and enforcing awards, while Section 39 deals with grounds on which recognition or enforcement may be refused, which are essentially the same as those in Article V of the New York Convention:

Section 4(1) of the Arbitration Act further provides that the award can be set aside, or recognition be refused, where the award conflicts with the public policy of Malaysia or the subject matter is not arbitrable under Malaysian law.

The Kuala Lumpur Regional Center for Arbitration (“KLRCA”) was first set up in 1978 by the Asia-African Legal Consultative Organization. In 2018, the Arbitration Act was amended to facilitate changing of the name from KLRCA to the Asian International Arbitration Center (“AIAC”), consistent with efforts of Malaysian government to make Kuala Lumpur an international hub for arbitration. The “rebranding” of the KLRCA into AIAC has already driven a significant number of new cases (see CIPAA Statistical Report 2018). The AIAC Rules, a modern set of arbitration rules, largely based on the UNCITRAL Arbitration Rules, were revised in 2018. The most significant changes include provisions regarding the consolidation of proceedings, technical review of awards and the possibility of joinder of third parties. In addition, the AIAC also provides for AIAC Fast Track Arbitration Rules, with significantly shorter time limits, which may apply if the parties agree to this.

Malaysia has entered into 71 Bilateral Investment Treaties (“BITs”), inter alia, with the United Kingdom, Germany, Italy, France, a number of other European countries, and also with most neighboring countries such as China, Indonesia, South Korea and Vietnam, out of which 54 remain in force. The full list of all BITs is available at UNCTAD’s Investment Policy Hub website. Malaysia is also a party to a number of multilateral agreements with investment treaty provisions, such as the ASEAN Investment Agreement, the Trans-Pacific Partnership (“TTP”), which has not yet entered into force, the Comprehensive and Progressive Agreement for Trans-Pacific Partnership (“CPTPP“) and a number of other regional agreements (the full list is available on UNCTRAD’s Investment Policy Hub).

Malaysia has been a party to the Convention on the Settlement of Investment Disputes between States and Nationals of Other States (the “ICSID Convention”) since 1966.

The third publicly-known case is Malaysian Historical Salvors, SDN, BHD v. Malaysia (ICSID Case No. ARB/05/10), however, the claims were dismissed in 2009.

It has also been reported that, in 2017, a Notice of Dispute was sent to Malaysia governed by the ASEAN 1987 Agreement, however, the parties managed to settle the dispute.