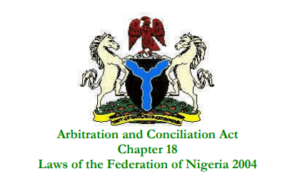 Although the ACA is the primary source of arbitration legislation in Nigeria, Nigeria is a federation of 36 States and 1 Federal Capital Territory. The 2009 Lagos State Arbitration Law applies to all arbitration within the federal State of Lagos, except where parties expressly agreed otherwise.

The New York Convention on the Recognition and Enforcement of Foreign Arbitral Awards was ratified by Nigeria on 17 March 1970, with reciprocal and commercial reservations, and incorporated into the Preamble of the ACA. Nigeria is also a contracting party to the Convention on the Settlement of Investment Disputes between States and Nationals of Other States, since 14 October 1966, only six years after Nigeria gained independence from Britain.

The ACA is applicable to commercial disputes. The scope of “commercial” is broad and defined at Section 57 as “all relationships of a commercial nature” including “trade transaction for the supply or exchange of goods or services, distribution agreement, commercial representation or agency, factoring, leasing, construction of works, constructing, engineering licensing, investment, financing, banking, insurance, exploitation, agreement or concession, joint venture and other forms of industrial or business co-operation, carriage of goods or passengers by air, sea, rail, or road”. Thus, disputes arising out of criminal, tax, constitutional matters, and bankruptcy are not arbitrable in Nigeria, as in many other States.

Nigerian courts have long given full effect to the parties’ intent to submit disputes arising out of their contractual relationships to arbitration. In Kano State Urban Development Board v. Fanz Construction Ltd, the Nigerian Supreme Court held that “the defendant having allowed the arbitrator to embark on the whole reference, having regard to the agreement of reference between the parties to this case and without any objection, it is now no longer open to him to challenge the authority of the arbitrator to take the reference”.[1]

Nonetheless, the ACA appears to have contradictory provisions relating to stay of proceedings. While Section 4 sets forth that the court, which receives an action subject to arbitration, “shall” stay proceedings if requested by a party before the submission on the merits, Section 5 provides that a court “may” make an order staying proceedings if following conditions are satisfied:

The doctrine of separability is provided in Section 12(2) of the ACA, which specifies that “an arbitration clause which forms part of a contract shall be treated as an agreement independent of the other terms of the contract”. In NNPC v. Clifco Nigeria Limited, the Supreme Court, relying on the English case Heyman v. Darwin Ltd. [1942], made plain that an arbitration clause survives the novation of an agreement.[2]

Finally, Section 12(1) of the ACA authorizes the arbitral tribunal to rule on questions regarding its own jurisdiction and on objections that concern the existence or the validity of an arbitration agreement.

Under the ACA, parties are free to agree, in contractual terms, on any qualifications or requirements, such as nationality or religion, for the appointment of their arbitrators (Section 6).

Section 7(2) provides for a mechanism to constitute the arbitral tribunal or designate the sole arbitrator when the parties fail to engage in an appointment procedure. Additionally, any party may request the court to appoint an arbitrator on behalf of the defaulting party (Section 7(3)).

In arbitration matters, the dominion of the court in original cause is over the appointment of arbitrators, in contrast with the arbitral tribunal, whose preserve is the resolution of the dispute. It follows from that division of duty that it will amount to a downright usurpation of the authority of the arbitral tribunal and acting in excess of its own jurisdiction if the court should dabble into any matter touching on the merit of the dispute.

In Nigeria, arbitrators are required to be impartial and independent (Section 8(1)). Under Section 8(3), parties are authorized to challenge an arbitrator if circumstances exist that give rise to justifiable doubts as to his/her impartiality or independence or if the appointed arbitrator does not possess the qualifications agreed by the parties. The application to challenge an arbitrator must be filed within 15 days from the constitution of the arbitral tribunal or from the moment the party becomes aware of any circumstances giving rise to his/her justifiable doubts.

Enforcement, Recognition and Annulment of Arbitral Awards in Nigeria

According to Section 26 of the ACA, the arbitral award must be in writing and signed by the arbitrator(s). It must also contain the reasons upon which the decision was based, the date it was issue and the place of arbitration.

In Nigeria, an arbitral award is final and cannot be appealed. Domestic awards are to be recognized and enforced upon a party’s application in writing (Section 31). A party wishing to enforce a foreign award must file an application in writing accompanied by the duly authenticated original or a certified copy of the award and arbitration agreement. If the award or the arbitration agreement are not in English, a translation must be provided (Section 51(1)).

Courts will also refuse to enforce and recognize an arbitral award if (i) the subject-matter of the dispute is not capable of settlement by arbitration under the ACA; or (ii) the award is against the public policy of Nigeria.

Nigerian courts have demonstrated a supportive approach in the recognition and enforcement of arbitral awards under the ACA. In Arbico Nigeria Limited v. Nigeria Machine Tools Limited,[4] for instance, the Court of Appeal reminded that the court may not interfere with the jurisdiction of the arbitral tribunal and confirmed the recognition of an arbitral award granted by the High Court.

The court, in spite of its wide powers has to bear in mind that the parties before it have provided in their agreement to have their dispute or difference referred to arbitration as against the regular courts of competent jurisdiction and so it (the court) has to show reluctance to interfere with the arbitrator’s jurisdiction as the sole Judge of law and fact unless it is compelled to so.