You are here: Home / SIAC Arbitration / Arbitration Law in India – Two Indian Parties Can Choose a Foreign Seat of Arbitration

The Delhi High Court ruled that two Indian parties can agree in the arbitration clause to have a foreign seat of arbitration, i.e. outside India.

The two Indian parties, Doosan India and GMR Chhattisgarh Energy Limited entered into a contract regarding the development of a 1350 MW Coal Fired Thermal Power Plant in Chhattisgarh. The arbitration clause provided that the disputes will be resolved by arbitration under the rules of the Singapore International Arbitral Centre (SIAC). Singapore was designated as the place of arbitration.

Doosan India submitted the notice of arbitration under the SIAC Rules. The respondent made a request to the Delhi High Court to restrain Doosan India from initiating or continuing or proceeding with the SIAC arbitration proceedings against it.

The Delhi High Court was asked to decide whether these SIAC arbitration proceedings would fall under Part I (Arbitration) or Part II (Enforcement of certain foreign awards) of the Indian Arbitration and Conciliation Act 1996. 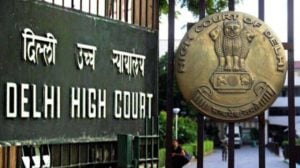 The Court rejected the Respondent’s arguments. First, it found that “an arbitration agreement is an independent self-contained agreement not dependant on the substantive agreement, therefore irrespective of the contractual rights and obligations parties can opt for an international arbitration”, which complies with section 28 of the Contract Act (para. 22.9). For this reason, the Court thus confirmed that, irrespective of the parties’ substantive rights and obligations under the contract, Indian parties were free to choose a foreign seat of arbitration.