If Mr. Fernandez de Santillán had defeated the British squadron on 8 June 1708, the myth of a galleon carrying vast amounts of treasure would never have been born. One of the most interesting recent international arbitrations would also not have been commenced, concerning approximately USD 1 billion in sunken treasure.

The Origins of the Dispute

An American company exploring coasts of Latin America for sunken ships, Glocca Mora Co. (GMC), located the famous Spanish galleon San José in the early 1980’s. San José carried worthy carriage composed of gold, silver and gems from the New World. Its precious cargo was intended to finance Spanish campaigns against the British. However, due to an unexpected attack by the British, the galleon sunk. Almost USD 1 billion in treasure in today’s prices sunk with it.

After its discovery of the galleon in the 1980’s, GMC assigned its rights to another American company named Sea Search Armada (“SSA”). SSA turned to the Colombian authorities, claiming 35% of the found treasure for itself. The Colombian government refused to cooperate. Instead, it enacted an act banning any further operations concerning the sunken ship by private entities. Colombian authorities guaranteed only 5% of the value of the finding to the explorers, however. This is when SSA’s tireless combat over its rights commenced. 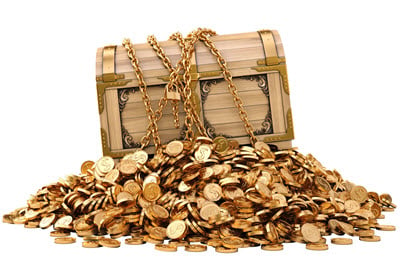 Over the following years, SSA sought recourse through Colombian domestic courts. It even obtained a decision of the Colombian Supreme Court which, in 2007, ruled in favor of a 50-50 split of the profits from the find. Even though this decision seemed a beacon of light on a tormented sea, la conquista did not finish there as Colombia blocked salvage operations from taking place.

This led SSA to initiate proceedings before US Courts, but American courts ruled that SSA’s claims were time-barred. In the meantime, Colombian authorities undertook their own explorations and announced their own discovery of the sunken vessel. Recently, San José was made an exclusive State property and was named a State secret of Colombia.

However, the story became even more interesting on 8 August 2017 when SSA expressed its intent to settle the issue once and for all before of an arbitral tribunal. By commencing arbitration proceedings against Columbia, the SSA would potentially have a chance to finally enforce the 30-year old agreement. However, such proceedings would also provoke an even higher level of scrutiny of the issue and would not settle the issue of whether Colombia would allow the resulting arbitral award to be enforced.

These arbitration proceedings would take the form of an investment arbitration. This stems from the fact that the company’s assets, time and capital gains were on the line and arguably represented an investment. Besides, a sudden withdrawal of the authorization by a public entity is another issue, potentially relevant to unfair and inequitable treatment. Finally,  the alleged breach of contract by the Colombian authorities should not be neglected, although a clearly applicable umbrella clause would normally be needed in order to resolve issues of contract violations per se at an international level. Still, it is unclear by which rules the proceeding would be organized and who would represent the parties.

The letter of 8 August 2017 announcing the intent of the SSA to commence arbitration is not a surprise. The parties participated in amicable settlement for months. Unfortunately, SSA, the Colombian Ministry of Culture and the Navy Maritime Administration of Colombia never reached a compromise. Thus, arbitration proceedings seemed necessary.

Another variable in the already complicated equation is the potential interest of Spain in the sunken treasure. At first glance, this might seem confusing. However, the galleon San José navigated under the Spanish flag. It also carried a Spanish crew. Besides, Spain was one of the most powerful forces at the time. Finally, the precious cargo arguably represents part of its cultural heritage.

The eventual success of the pending arbitration proceedings is still unclear. Will the myth of wealth and glory turn into an anecdote of fool’s gold?

Colombian maritime territory is reportedly packed with colonial shipwrecks – more than 1000. Regardless of the outcome, the eventual arbitration award is likely to serve as an example for similar arbitration proceedings concerning salvage operations in the future.