You are here: Home / ICC Arbitration / Disclosure of Third-Party Funding in International Arbitration

The disclosure of third-party funding is becoming increasingly common in international arbitration proceedings.

This is reasonable, as the fact that there is an outside influence on the case affects the decision-making process and impacts issues such as transparency, impartiality, independence and conflicts of interest.

For instance, if a third-party funder has a conflict of interest with a member of the arbitral tribunal, could an arbitration award be annulable on this basis?

Third-party funding also has implications as to the costs to be awarded at the end of arbitral proceedings.

For instance, if a successful case has been paid for by a third-party funder rather than by a Claimant, and the Claimant spends nothing itself, should the Claimant be entitled to costs?

Both investor-State arbitral tribunals (I) and institutions administering arbitrations (II) have grappled with the issue of the need for disclosing third-party funding.

I. Disclosure of Third-Party Funding in Investor-State Arbitrations

Investor-State arbitral tribunals have been inconsistent with the need to disclose third-party funding. 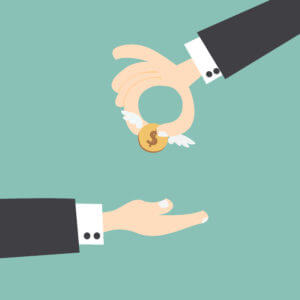 The ICC recognised the importance of this issue and published a Guidance Note for the disclosure of conflicts by arbitrators last year. This digest provide the arbitrators with possible issues which might affect their independence and impartiality, including the existence of third-party funding.

Furthermore, the 2017 SIAC rules consecrates three different articles to third-party funding. Among the additional powers of the tribunal, in Article 24, the SIAC rules prescribe the right of the tribunal to order the disclosure of third-party funding. Namely, the arbitrators can order the disclosure of the identity of the funder and/or the source of the funding. It also allows the possibility of disclosing the interest of the funder in the outcome of the proceedings. The same rules treat the issue of the costs of the arbitration as well, of the parties and other relevant costs in its Articles 33 and 35 respectively.

The IBA Guidelines on Conflicts of Interest in International Arbitration also deal with this issue. Funders may have an interest in the outcome of the case even though they are not directly involved in the proceedings. Therefore, the IBA Guidelines equate the funders with the parties.

The problem of transparency is an ongoing issue in international arbitration. Disclosure of third-party funding is an iteration of this issue that is gaining more recognition with time.