It is undisputed that certain deficiencies of the Mexican judicial system have sparked the need for developing and consolidating new alternative dispute resolution mechanisms such as international arbitration in Mexico. Mexico’s increasing multilateral trade, transnational dealings, disputes, as well as its international business community, have steered businesses to opt for incorporating international arbitration clauses into their contracts with their Mexican partners, in pursuit of greater legal certainty.[1]

Mexico has played an active role in developing its international arbitration laws to be competent to meet the needs of an international business community. Among the most relevant developments lies the approval of the Mexican Lex Arbitri, replicating the 2006 UNCITRAL Model Law on International Commercial Arbitration (the “Model Law”), thus rendering it familiar and certain for foreign parties. Additionally, Mexico is party to both the 1958 Convention on the Recognition of Foreign Arbitral Awards (the “New York Convention”) and the 1975 Inter-American Convention on the International Commercial Arbitration (the “Panama Convention”), which simplify the reciprocal enforcement of arbitral awards.

In addition to this active role, Mexico has also taken actions that allow parties to resort to arbitration. Mexican courts have adopted a friendly approach to arbitration through interpretations of its Lex Arbitri. Mexico is also party to the US-Mexico-Canada Agreement as of 1 July 2020, through which its Article 31.22 calls upon the establishment and maintenance of an Advisory Committee on Private Commercial Disputes, which shall encourage, facilitate, and promote through education the use of arbitration between private parties in the free trade area, among others. 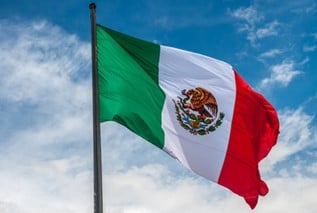 Despite taking the form of articles contained in the 1993 Federal Commercial Code of Mexico (“FCCM”),[2] the applicable Mexican Lex Arbitri has correctly earned the status of an independent statute through judicial interpretation and practice. The Mexican Lex Arbitri is set forth in Articles 1415-1480 of the FCCM and, as explained, was originally intended to reproduce the Model Law, including slight modifications and subsequent amendments regarding specific topics such as judicial assistance in commercial settlement and arbitration, among others.

One interesting feature of the Mexican Lex Arbitri is that it fails to differentiate between domestic and international arbitration, which has allowed for homogenous interpretations regarding the application of the law.

2. The Arbitration Agreement under Mexican Law

Article 1423 FCCM differentiates between two forms of agreements, as it mentions that “[t]he arbitration agreement shall be in writing and must be contained in a document signed by the parties or in an exchange of letters, telex, telegrams, facsimile or other means of telecommunication which provide a record of the agreement, or in an exchange of statements of claim and defence in which the existence of an agreement is alleged by one party and not denied by another.”

As to whether electronic forms of arbitration agreements are found to be valid, there are sufficient legal arguments that point to this possibility, as these comply with the “in writing” test. Additionally, Mexico has adopted the principles of functional equivalence and the advanced electronic signatures of the Model Law, with a welcoming position towards electronic communications in legal proceedings.

In light of the above, certain matters are classified as non-arbitrable under Mexican law. These include, among others:

The arbitral proceedings are governed by a duty to treat parties equally, as well as providing a full opportunity to the parties to present their case, as set out in Article 1434 FCCM, which provides, “The parties shall be treated with equality and each party shall be given a full opportunity of presenting his case.” Despite this fundamental principle, the Mexican Lex Arbitri has been brought before the Mexican Supreme Court for its deemed lack of standards equivalent to Mexican constitutional due process. The Mexican Supreme Court, however, has erred continually in favor of arbitration, signaling the arbitration-friendly position of the Mexican judicial system.[3]

The first option is still a heavily unexplored option, as Article 1433 FCCM contains no clear guidance as to the requirements of this measure.

On the other hand, the second option involves a limited number of types of interim measures. This option does not dispose of the possibility of seeking arbitration, nor does it constitute a waiver of the right to arbitration. The court proceedings will be governed by the applicable procedural code.

It is worth mentioning that absent an agreement on the applicable law, arbitral tribunals must choose one taking into account the relevant characteristics of the case, as well as connecting factors, pursuant to Article 1445(2) FCCM.

As to who shall bear the costs of the arbitral proceedings, Article 1455(1) FCCM provides that costs follow the event, allowing the tribunal to allocate the cost depending on different relevant circumstances of the case, such as the amount involved, the complexity of the matter and the time spent on the dispute.

The enforcement procedure of all arbitral awards, “irrespective of the country in which it was made”, is provided for in Articles 1461-1462 FCCM, along with the summary procedure set out under Article 360 of the Federal Code of Civil Procedure.

There are five basic steps for the enforcement of a foreign award. First, the enforcing party is expected to file a request before the competent court, providing the arbitration agreement and the award, in its authenticated version. The second step is taken by the court itself, as it should notify the counterparty of the existence of the enforcement procedure, as well as providing it with a three-day period to set forth its views on the matter. Additionally, the parties are allowed to produce additional evidence during this period. Third, a hearing is conducted. If the parties were to present any evidence, an additional period of ten days for the submission of evidence can be granted for the production of the evidence. Finally, the court must provide its decision of granting or refusing to enforce within a period of five days.

The final decision on enforcement is not subject to recourse and is unappealable. The only possible challenge involves a constitutional suit, pursuant to Article 114(III) of the Ley de Amparo.

Domestic and international awards may be refused enforcement only on the basis of the conditions set out in Article 1462 FCCM, notwithstanding the availability of other remedies such as setting aside the award, pursuant to Article 1457 FCCM.

As for foreign arbitral awards, the grounds for refusal of recognition and enforcement will depend on the provisions set out in the applicable international conventions and treaties to which Mexico is a party.

10. Means for Setting Aside an Award

The Mexican Lex Arbitri sets forth the grounds upon which a party may move to set aside an arbitral award in Article 1457 FCCM, which replicates the grounds for setting aside in the Model Law.

Under these grounds and their subsequent interpretations, the scope of the review of courts in setting aside and enforcement proceedings is very limited, excluding the possibility of reviewing the merits of the award. The exceptions remain public policy and arbitrability, which do allow for a greater review, when necessary, even on an ex officio basis by the court. The extent of interpretation, however, remains very limited in practice.

The procedure for setting aside an award mimics the procedure for non-enforcement of foreign awards, pursuant to Article 360 of the Federal Code of Civil Procedure. It is worth noting, however, that the party wishing to set aside the award must make the application within a three-month period from the date of receipt of the award or disposition of a request for correction or interpretation, as set forth in Article 1458 FCCM.

Article 1462(II) and Article 1457(II) FCCM provide that public policy is a ground to set aside an award rendered in Mexico, and to deny recognition of an award in Mexico, respectively. Notably, pursuant to the reasoning of the court in Nordson Corporation v. Industrias Camer,[4] which was further restated by the Collegiate Court of the 15th Circuit,[5] Mexican courts shall refrain from reviewing the merit of arbitral awards. This has been supported by the First Chamber of the Mexican Supreme Court, which has reversed a lower court’s decision through certiorari, which attempted to set aside domestic awards based on the procedures implemented by the arbitrators. This court interpreted that “an arbitral award is considered contrary to public policy, and will be set aside and denied enforcement, whenever the matter trespasses the limits of said order, which is to say, goes beyond the judicial institutions of the State, the principles, norms, and institutions that form it and transcends the community due to the offensive nature of the error committed in the decision. Such an award would be altering the limit set by public order, namely, the mechanism through which the state prevents certain private acts from affecting the fundamental interests of society”.[6]

In conclusion, international arbitration in Mexico is governed by Articles 1415-1480 of the Federal Commercial Code, which has been considered as an independent statute and has been based almost entirely on the Model Law. These laws, to the advantage of arbitration, have been interpreted in an arbitration-friendly manner by the courts and have been bolstered and supported by the adoption of relevant international conventions. Its strategic geographical position, its increasing transnational transactions, as well as its striving for rigorous dispute settlement mechanisms, calls upon enterprises, both Mexican and foreign, to resort to arbitration in Mexico in pursuit of the resolution of disputes.

[2] Decree 22 July 1993, Containing Amendments and Diverse Additional Provisions Made to the Commercial Code and the Federal Code of Civil Procedure.