You are here: Home / Malaysia Arbitration / International Arbitration at the Kuala Lumpur Regional Centre for Arbitration 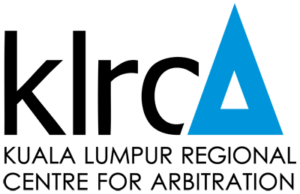 The Kuala Lumpur Regional Centre for Arbitration (KLRCA) was launched in 1978 by the Asian African Legal Consultative Organization.

Since its first arbitration, the number of cases administered at the KLRCA has constantly increased. According to the KLCRA 2016 Annual Report, the Centre for Arbitration registered 62 new arbitration cases, mostly domestic. Most of the claims concerned construction, engineer, infrastructure, architecture and design-related matters. The average duration of international arbitration proceedings was of 10.84 months. Average total costs were USD 53,059.96 with an average of USD 42,708.94 per arbitrator and an average of 10,351.42 for administrative fees.

The KLCRA is also an alternative hearing venue for the International Centre for the Settlement of Investment Dispute. The two Centres signed a Memoradum of Understanding in 2014. Moreover, pursuant to the provisions of the ASEAN Comprehensive Investment Agreement, parties can refer their disputes under this Agreement to the KLRCA.

The KLCRA Rules consist of the KLCRA Arbitration Rules, the UNCITRAL Rules as amended in 2013, and the Schedules. The KLCRA Rules were amended earlier this year to improve the efficiency and quality of the arbitration proceedings administered by the Centre. The 2017 version of the Rules applies to arbitration commenced on 1 June 2017 unless otherwise decided by the parties. 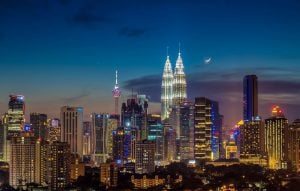 1. The Request for Arbitration

Pursuant to the KLCRA Arbitration rules, the arbitration agreement must be in writing. The 2017 version of KCLRA rules includes a model clause and submission agreement.

The arbitration commences once the party initiating the arbitration files its request in writing along with required documentation in KLCRA Arbitration Rule 2 and the USD 795.00 registration fee for international arbitration proceedings. A different fee applies for domestic proceedings.

2. The Joinder of Third Parties

Since the amendments of 2017, third parties may also join arbitration proceedings. The third party will have to submit a response within 15 days to the arbitration tribunal or, if not constituted, to the Director of the Centre.

3. Constitution of the Arbitral Tribunal

Under the KLRCA arbitration rules a party may challenge an arbitrator when there are justifiable doubts as to their impartiality and independence or when the arbitrator “does not possess any requisite qualification on which the parties agreed.” In international arbitration proceedings, the challenging party must also pay a fee of USD 5,300.00.

The arbitral tribunal has the power to grant interim measures if a party so requests. The KLRCA rules also allows a party to request urgent interim measures prior to the constitution of the tribunal. In that case, the party must submit a request to appoint an emergency arbitrator as provided in the Schedule 3 of the KLRCA rules.

The arbitrator(s) must submit the final draft of the award for “technical review” to the Director of the Center within 3 months of the closing of the proceedings. If the Director finds an irregularity, the arbitral tribunal must correct it within ten days.

It is worth noting that the KLCRA also offers fast track arbitration proceedings for parties seeking fast (with a maximum of 160 days) and cost-effective proceedings. For international arbitration, commercial disputes with an amount in dispute of less than USD 75,000 will be subject to document-only arbitration unless otherwise decided.

Finally, the Centre also provides arbitration rules for commercial disputes based on Islamic principles. Thus, the proceedings and the award will in principle comply with the specificity of the Shariah.