In the well-known case Encana v. Ecuador, the Arbitral Tribunal refused to order interim measures on the basis of there being no irreparable damage.

On January 8, 2004, Claimant requested an urgent hearing of an application for interim relief regarding the enforcement of certain measures that the Ecuadorian government had taken against one of its subsidiaries and its legal representative in that country on January 6, 2004. 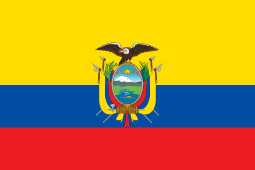 Such measures consisted of the freezing of the bank accounts of the subsidiary, AEC Ecuador Ltd., and of Dr. Roque Bustamante, its legal representative, by the Inland Revenue Service of Ecuador (IRS). The IRS sought to recover approximately $7.5 million claimed to be owed by AEC as a result of incorrect VAT refunds. AEC claimed to have offered a security in the form of a letter of credit in the amount of $10 million before those measures were enforced. The IRS refused to accept the letter of credit, however. Subsequently, after an “Official Demand for Payment” was issued in September 2003, AEC offered as payment the transfer of an office building. AEC claimed the IRS had not communicated its refusal of the offer by the time the accounts were frozen.

Claimant filed for arbitration before the London Court of International Arbitration against Ecuador under the Ecuador-Canada Bilateral Investment Treaty (“BIT”), bringing claims of expropriation by means of taxation measures adopted by the Ecuador government, which would have negatively affected the investment. Claimant sought protection under Article 26 of the UNCITRAL Rules, and Article XIII(8) of the BIT, asking for measures to prevent the freezing of the assets of EnCana subsidiaries and legal representatives in Ecuador pending the resolution of the arbitral proceeding.

Respondent argued, inter alia, that the measures had been taken in accordance with Ecuadorian Law, that a demand for payment had been duly served on Dr. Bustamante, that the IRS had accepted the office building as part of the payment, and that it had provided advance notice of the freezing of the accounts to AEC and Dr. Bustamante.

The Arbitral Tribunal held that in order to award an interim measure of protection, there must be an apparent basis of jurisdiction, the measure sought must be urgent and the basis for establishing the measure was that irreparable damage might be caused unless such a measure were granted.

In the present case, although urgency was found, the Arbitral Tribunal determined that the measures had been taken in accordance with the domestic law of Ecuador and could be challenged in a local court or arbitration, thus the required element of irreparable damage for interim measures to be granted was lacking.