On 12 August 2016, another Spain energy treaty arbitration under the Energy Charter Treaty was registered at the ICSID.

The claimants are two Dutch companies, Cordoba Beheer B.V. and Sevilla Beheer B.V., together with Cross Retail S.L and Spanish Project companies, both registered in Spain.[1] This case is just another in line with dozens of arbitrations started by foreign investors against Spain following renewable energy sector reforms and the modification of feed-in tariffs. 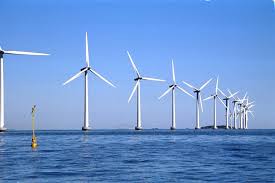 Another significant development with respect to energy cases against Spain is the constitution of the arbitral tribunal in a case brought by SunFlower Olmeda GmbH & Co and Others. O. Thomas Johnson was nominated by the Claimant, Professor Piero Bernardini nominated by the Respondent, and the Presiding Arbitrator was jointly nominated by the parties to be Sir Christopher Greenwood.[2]

The first award, Charanne & Construction v Spain was issued in January this year where the tribunal dismissed all of the claimant’s allegations in relation to the feed-in tariffs modifications by the Spanish Government.[3] The second award followed in July, in a case brought by the Dutch investor – Isolux Infrastructure Netherlands B.V. However, it still remains confidential since neither of the parties released the award.

So far, Spain has managed to defend itself successfully and to avoid any liability for the measures and reforms in the energy sector passed by the government between 2008 and 2013.

It remains to be seen whether dozen of other arbitral tribunals, which are not bound by precedent, will share the same view.