Parties, or the arbitral tribunal, have often made recourse to the International Bar Association Rules on Taking of Evidence in International Arbitration (“IBA Rules”), whether the parties made an express choice for them to apply or not.

The IBA Rules were originally adopted in 1983 as the IBA Supplementary Rules Governing the Presentation and Reception of Evidence in International Commercial Arbitration. The first version of this set of rules was then revised in 1999, and then again in 2010. The main objective of the IBA Rules is to fill the gap between all different legal systems’ rules on the taking of evidence, and more specifically the gap between the civil law system and the common law one.

The IBA Rules have, nevertheless, been subject to criticism by civil law members of the arbitration community, who see in them a form of dominance of common law procedures in the taking of evidence. These criticisms led to the emergence of the Inquisitorial Rules on the Taking of Evidence in International Arbitration, also known as the Prague Rules.

The Inquisitorial Approach of the Prague Rules 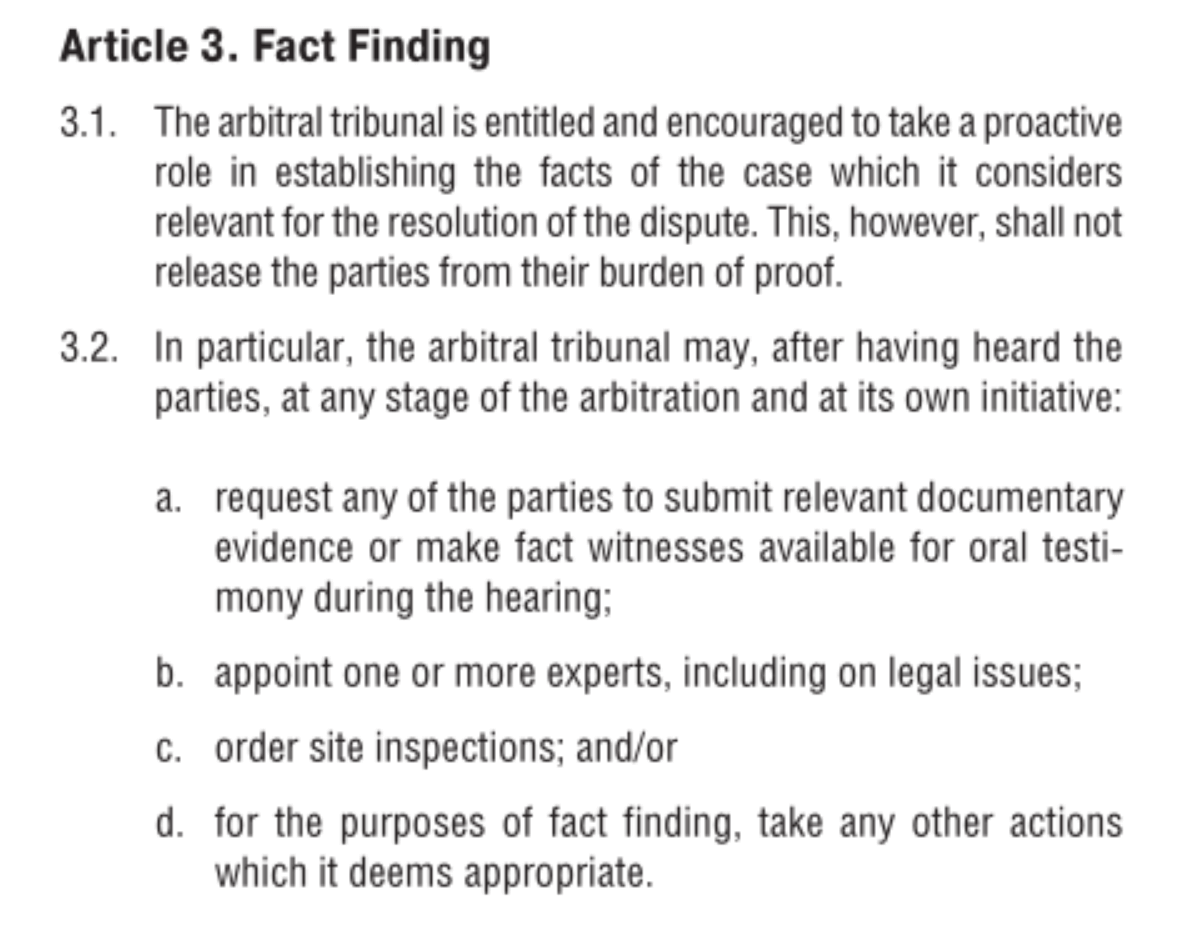 That said, the Prague Rules do not focus merely on the taking of evidence. Many provisions are linked to different topics: holding a case management conference by electronic communication, limiting the number of submissions or their length, amicable settlement, etc.