You are here: Home / Arbitration Agreement / William Kirtley, On Behalf Of The BNFA, Publishes Article About Barotseland’s Bid For Independence From Zambia In Jeune Afrique 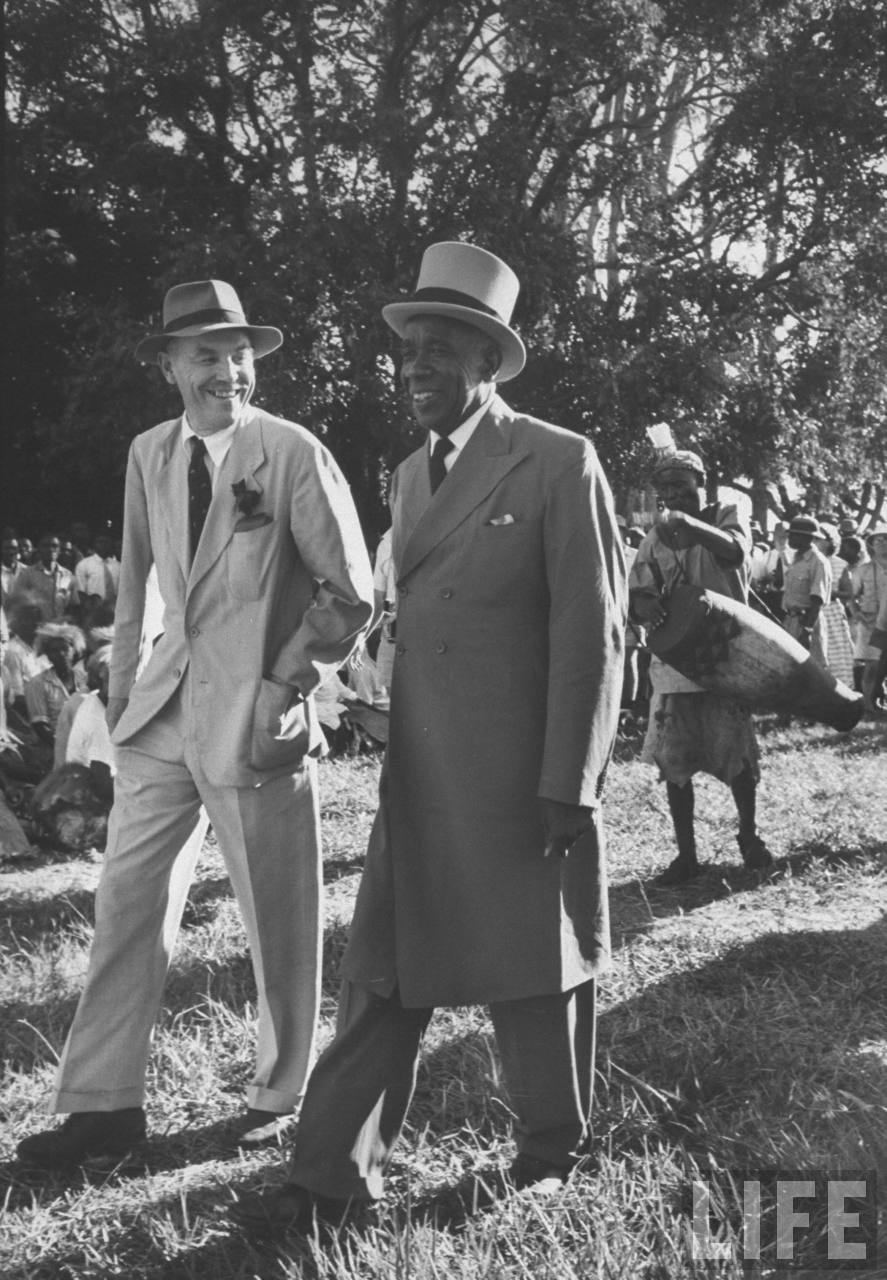 The former British protectorate of Barotseland willingly chose to become part of Zambia pursuant to the Barotseland Agreement 1964, a treaty brokered by the United Kingdom that was intended to preserve Barotseland’s semi-autonomous status within an independent Zambia.

Understandably, in 2012, the Barotseland National Council voted to accept Zambia’s abrogation of the Barotseland Agreement 1964, with the logical consequence that Barotseland had regained its independence since the treaty by which it freely forged a union with Zambia had ended. Yet, rather than engaging in dialogue Zambia has increased repression in the former British protectorate of Barotseland, imprisoning dozens of Barotseland activists on the charge of treason and increasing the police presence in Barotseland while refusing to consider Barotseland’s calls for the peaceful resolution of the issue of Barotseland’s legal status by way of PCA arbitration in The Hague. 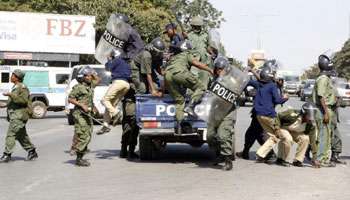 To date, approximately 10,000 Barotseland representatives have signed a PCA arbitration agreement designed to allow an independent and neutral arbitral tribunal in The Hague to rule upon the status of the Barotseland Agreement 1964 in accordance with international law. President Sata of Zambia has steadfastly refused to sign the PCA arbitration agreement, in an apparent recognition that Zambia’s acts flagrantly violated the treaty.

The article in Jeune Afrique concerning Barotseland’s enlightened attempts to have the issue of its legal status settled by way of PCA arbitration, rather than violence as Zambia appears to be seeking, was prepared jointly by the BNFA, William Kirtley, a French social scientist, Koralie Wietrzykowski and Audrey and Christophe Dugué. It may be found online at  https://jeuneafrique.com/Article/ARTJAWEB20140606174635/ and is reproduced below. 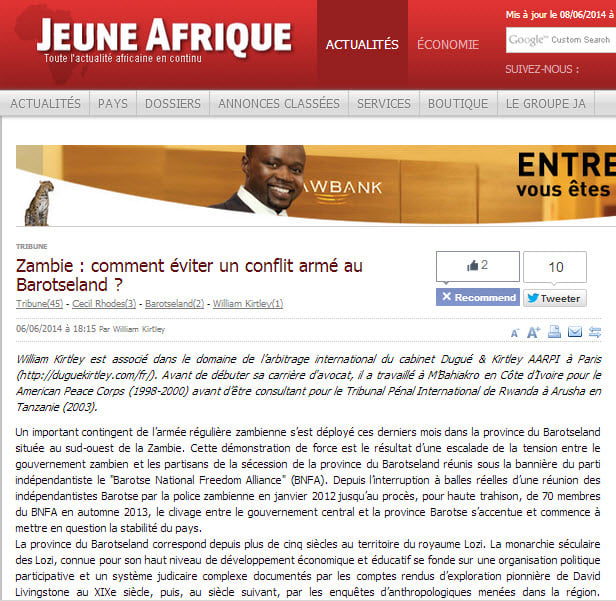