Aceris Law LLC is pleased to announce that it has again been “Highly recommended” in the field of international arbitration by Leaders League, being named as one of the more accomplished boutique arbitration practices. According to Leaders League:

ACERIS LAW: ARBITRATION BOUTIQUE THAT PUNCHES ABOVE ITS WEIGHT

Since establishing Aceris Law, key partner William Kirtley has acted as counsel on numerous international arbitrations involving nine-figure claims. Recent mandates including representing Malaysian company KNM in a dispute with Lukoil, Bachar Kiwan in a case against the state of Kuwait, and Omani company MKG in an arbitration against Hyflux.

Many international arbitration boutiques have been springing up around the world over the last decade; Aceris Law is one of the more accomplished ones. Well-versed in commercial and investor- state disputes under a variety of rules, firm founder William Kirtley is ably supported by senior associates Nina Jankovic and Zuzana Vysudilova.

While Leaders League does not mention non-senior associates, including Isabela Monnerat Mendes, Anne-Sophie Partaix and Anastasia Tzevelekou, they have also played a key role in Aceris Law’s successful resolution of numerous past international disputes for clients.

Aceris Law is different from many boutique firms in the field of international arbitration as it has the highest standards, always striving to offer unparalleled legal representation for each client it represents. It is also different from many firms in the field of international arbitration, however, as it does not count the number of hours of work required to succeed on each case, capping its fees for each phase of an international dispute so that they are fully transparent from the outset, while not billing for the additional time required in order to obtain a positive outcome for its clients.

It is further different insofar as it works for clients in all jurisdictions, meeting regularly by videoconference or teleconference, but also travelling to meet clients in any city of the world, including directly at its client’s offices, while maintaining permanent access to offices in 120 countries to meet with clients and to prepare for oral hearings.

It is also likely unique among all law firms insofar as it offers a three-month trial period to new clients whereby if a client is not convinced that it is receiving the best legal representation available, Aceris Law guarantees to reimburse all legal fees paid. While no client has been dissatisfied since the firm was founded seven years ago, Aceris Law’s standard letter of engagement binds it to this commitment, which allows clients to see Aceris Law’s prowess for themselves prior to entrusting an important case to Aceris Law’s team. 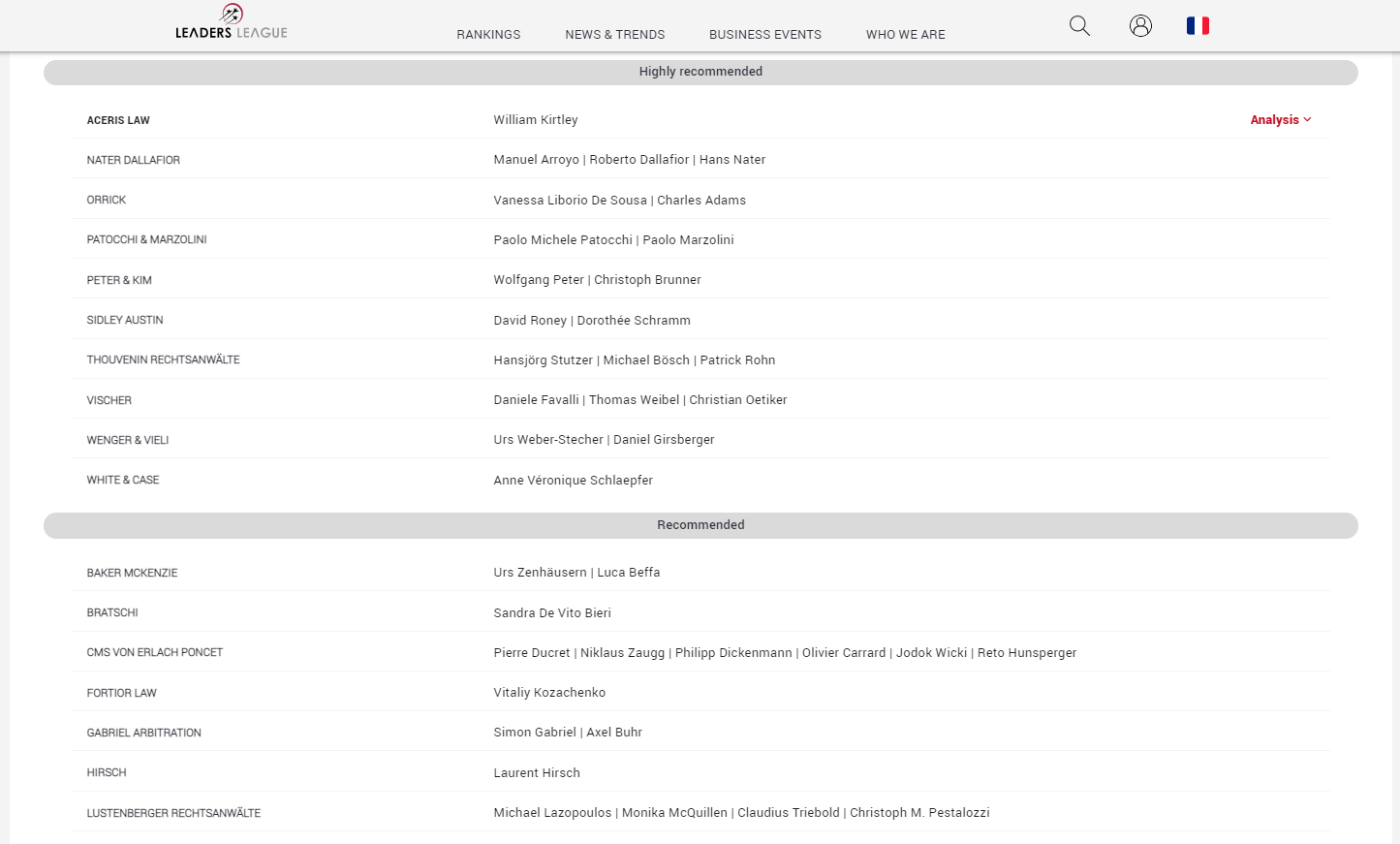