By way of background, a dispute had arisen out of a contract entered into by the parties for the provision by U&M Mining Zambia (“U&M”) of open-pit mining, amongst other services. 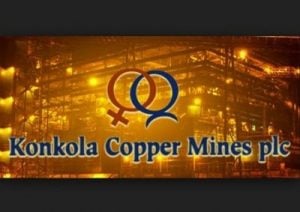 As a result, U&M filed for arbitration in London at the London Court of International Arbitration. A first award was issued in November 2013, ordering KCM to pay nearly USD 15 million to U&M. KCM resisted enforcement.

A second award was then issued on 7 January 2014, in which the Tribunal ordered KCM to pay approximately USD 40 million for failure to show cause.

A third award was then issued on 24 March 2014, where the Arbitral Tribunal ordered that KCM pay the costs of the first award on an indemnity basis, awarding costs of GBP 1.3 million which were not paid.

The second award was challenged before the English High Court under the 1996 Arbitration Act by KCM, but the challenge was dismissed on 15 July 2014, one month before U&M was granted a world wide freezing order (“WFO”), which KCM opposed. U&M requested the world wide freezing order in London, the seat of arbitration, although KCM had no assets in England, so enforcement of the award could only take place in Zambia.

With respect to the WFO, the English High Court first analysed the element of the risk of dissipation of assets, relying on the case Congentra v. Sixteen Thirteen Marine. The Court recalled that it must look at all the surrounding circumstances, such as the nature of the company and assets, to make a determination with respect to the freezing order. It reasoned here that a real risk could be inferred from KCM’s conduct in the arbitration since it could very easily dissipate assets other than in the ordinary course of business. This real risk was contrary to the New York Convention and a pro-enforcement approach.

The Court then held that granting the WFO must be just and convenient, and that it may be allowed even if assets are in a different jurisdiction than England. Indeed, the Court had jurisdiction to issue a WFO, and its purpose was to preserve the position to facilitate enforcement of the award.

Finally, the Court recalled the importance of good faith and full disclosure principles in the context of determining whether or not to discharge a WFO. With respect to the facts of the case, the Court ruled that, in the interests of justice, the WFO would continue and ordered the payment of costs.