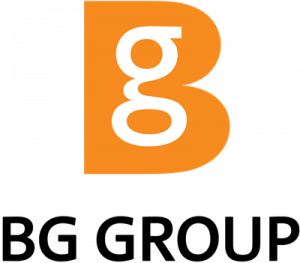 In this dispute, the Claimant was part of a consortium owning majority shares in MetroGas, for the distribution of natural gas in Buenos Aires.

Before the 2001 financial crisis, Argentinean law provided that gas tariffs were calculated in US dollars for profitable returns. However, the crisis led to emergency measures, one of which implemented a new calculation of gas tariffs with an exchange rate of one dollar for one peso from US dollar to Argentine pesos.

As a result, the Claimant filed for arbitration under the UNCITRAL Arbitration Rules and the Agreement between the Government of the United Kingdom of Great Britain and Northern Ireland and the Government of the Republic of Argentina for the Promotion and Protection of Investments (“BIT”). The Claimant argued breach of the BIT through illegal expropriation of its investments and a violation of Argentina’s duty to protect the investment (Article 2.2 of the BIT).

The Arbitral Tribunal ruled in 2007 that there was no illegal expropriation but found a violation of Article 2.2 of the BIT and awarded Claimant compensation for damages in the amount of USD 185,285,485.85. The Tribunal also waived the alleged requirement, found in Article 8 of the BIT, that arbitration could only occur when disputes had been submitted for 18 months to the local courts of the host state, which was challenged before the Court of Appeals for the District of Columbia Circuit and then the US Supreme Court.

The US Supreme Court ruled on the question of whether a court of the United States, in reviewing an arbitration award made under a Treaty, should interpret and apply the local litigation requirement de novo, or with the deference that courts ordinarily owe arbitration decisions.

The US Supreme Court issued its decision on March 5, 2014, with the majority siding with the Arbitral Tribunal and determining that arbitrators are competent to interpret the local litigation provision of the BIT.

The majority reasoned that if the BIT were a regular contract, arbitrators would also be competent to rule on such issue, and the fact that this provision was in a BIT did not change anything to the ruling. The provision could not be explicitly construed as a condition on the State’s consent to arbitration and the Supreme Court found no evidence that could prove the parties’ different intent in this respect.

Chief Justice Roberts, joined by Justice Kennedy, dissented, indicating that the local litigation provision was a substantive condition on Argentina’s consent to arbitration, and that submitting the dispute to the courts was a condition to the formation of an arbitration agreement, rather than a matter of performing an existing agreement, which should be decided de novo.