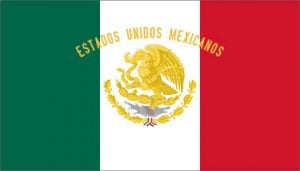 In the case, Paul Neer, an American citizen living in Mexico, was shot and killed by a group of Mexican armed men. The United States government filed a claim on behalf of Paul Neer’s widow and daughter against the United Mexican States for damages amounting to US$ 100,000.00.

In its decision, the Commission, in relation to the denial of justice standard, stated that “the treatment of an alien, in order to constitute an international delinquency, should amount to an outrage, to bad faith, to willful neglect of duty, or to an insufficiency of governmental action so far short of international standards that every reasonable and impartial man would readily recognize its insufficiency.”

A violation of this standard occurs both when there is a clear lack of compliance and when a law does not fully satisfy the standard. This is therefore a broad definition creating a high substantive standard. Moreover, “governmental action” is construed to include all branches of the government, including the judiciary, the legislature and the executive.

In addition, a party alleging the violation of the standard must prove the facts with “convincing evidence”, meaning that there must be evidence of outrageous, bad faith conduct, and also evidence that the local laws prevented the government authorities from complying with the international standard.

The Commission decided that Claimant had not satisfied its burden of proof and thus dismissed Neer’s claim in its entirety.

Similarly, the high standard of finding a denial of justice is rarely reached in international investment arbitrations today, although it has been found on rare occasions, such as in an unpublished 18 April 2016 Partial Final Award on Jurisdiction and Merits, where a majority of two arbitrators held that the Respondent State, Lesotho, had committed a denial of justice regarding the closing of a standing SADC Tribunal.