You are here: Home / Bilateral Investment Treaty / Enforcement of an ICSID Arbitration Award in the United Kingdom and EU Law

The enforcement of an ICSID investment arbitration award in the United Kingdom can be a complex matter, especially when doing so would arguably violate EU law.

In January 2017, the UK High Court delivered a judgement to stay enforcement proceedings of the final ICSID award in the case of Ioan Micula and others v Romania, following a request by Romania and the EU Commission to do so.

By way of background, under EU law, State aid to commercial entities is prohibited, which is why Romania was required to cancel a series of tax incentives, in preparation for its accession as a member State of the EU in 2007. This cancellation gave rise to the investment dispute in question, which was brought under the Sweden-Romania BIT and resulted in an ICSID arbitration tribunal finding that Romania had failed to respect the investors’ legitimate expectations and to safeguard their fair and equitable treatment. Because of the EU law issues that arose (including those concerning infra-EU BITs), the EU Commission participated in the arbitration as amicus curiae, where it raised, among others, issues concerning the enforceability and compatibility of an eventual award with EU law. The problem with enforcement lay in the fact that, should Romania be required to compensate the investors, as the award ultimately found, it was alleged that this would in itself constitute illegal State aid in breach of EU obligations.

After the award was rendered against Romania, it unsuccessfully sought its annulment. In the meantime, the European Commission also issued a Final Decision and an Injunctive Order, which prohibited Romania from paying the award. The investors are seeking to annul the Commission’s decision at the Court of Justice of the EU (CJEU).

Following the Injunctive Order, the investors sought enforcement of their arbitration award in the UK, where they registered the final award at the High Court pursuant to Section 1(2) of the Arbitration (Investment Disputes) Act of 1966, which implements the obligations contained in Article 54 of the ICSID Convention. In response, Romania and the European Commission requested that the Court either set aside the Registration Order or, in the alternative, stay enforcement proceedings pending the CJEU’s decision. 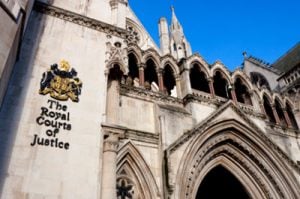 The High Court thus had to decide upon two potentially conflicting obligations. First, the obligation under Article 54 of the ICSID Convention, which requires that the UK recognize and enforce an award as if it were a final judgement of its own courts. Second, the UK’s obligation under EU law, under which the Court has discretion to stay proceedings, so as to reduce the risk of arriving at conflicting outcomes with EU institutions, when there are ongoing domestic proceedings.

The High Court refused to set aside the Registration Order, on the basis that there was no risk of conflicting outcomes with EU institutions in allowing the registration of the award. This was for two reasons. First, the Injunctive Order was addressed to Romania and prohibited it from payment of the award only. A contrario, there was no prohibition to the investor’s actions to enforce the award. Second, it drew a distinction between the registration of an award with the High Court and its enforcement. As the Court indicated “[r]egistration is not necessarily a precursor to execution, though it may lead to it”.[1] Since only the latter would be illegal State aid, it ruled, there was no need to set aside the registration.

In order to decide whether it could and should stay proceedings, the Court then looked into the legal status of a registered award. The 1966 Act itself contains no grounds for refusing or staying enforcement. Instead, a registered award “is equated to a final domestic judgment for these purposes, but is not in a better (or worse) position” and its enforcement is subject to the same law applicable to enforcing a judgement of the High Court, including EU law.[2] Therefore, because of the Commission’s dictum about illegal State aid, the High Court found that it could not, at this point, allow enforcement. Additionally, it found that because of the pending CJEU decision on annulment, there was a “material risk of conflict” with that decision.

Under its reading of the law there would be no conflict or breach of the UK’s international obligations by allowing Registration but staying the proceedings.[3] Since Article 54 of the ICSID Convention does not entail the ‘automatic’ enforcement of an award, but simply requires States to subject final awards to the same conditions of enforcement as national judgements, this obligation was implemented by the mere fact of the award’s registration at the High Court. In staying proceedings, the Court did not violate the ICSID Convention, but complied with the additional conditions of EU law, as it would have done for any other national judgement.

Interestingly, the High Court did not exclude the possibility of making the stay of enforcement provisional upon the granting of security by Romania. Instead, it withheld its decision on this issue until an additional hearing on the matter took place.

With this position, the High Court managed to navigate around the issue of conflict between EU and investment law, by finding a way to facially comply with both sets of obligations.

The distinction the High Court drew between registration and enforcement of an ICSID investment arbitration award highlights that investors seeking enforcement in the UK should be wary of the legal regime of enforcing national judgements, which may be impacted by other international obligations incumbent on the enforcing forum.