You are here: Home / Law Of The Sea / Law of the Sea Award Rendered

In the dispute between the Republic of Malta and the Republic of São Tomé and Príncipe, the Tribunal issued on 5 September 2016 an award on its jurisdiction, admissibility of claims, liability and reparation, under the UN Convention on the Law of the Sea.

The dispute relates first to the arrest of a vessel (the Duzgit Integrity) under the jurisdiction of the Republic of Malta by the Republic of São Tomé on 15 March 2013, while it was operating in São Tomé’s archipelagic waters. Second, the dispute deals with the validity of a series of measures taken by São Tomé, following the arrest.[1]

In September 2016, the Arbitral Tribunal issued a comprehensive award, dealing with all issues. 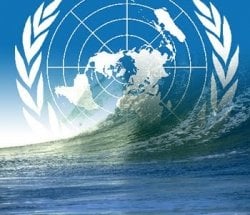 First, the Tribunal ruled that it had jurisdiction and that the Republic of Malta’s claims were admissible. It also held that article 49 of the Convention[2] was applicable to the facts as the vessel (the Duzgit Integrity) was located in São Tomé’s territorial waters at the time of its arrest.

Second, with respect to the subsequent measures taken São Tomé after the arrest, the Tribunal made a distinction between two sets of measures.

On the one hand, detaining the vessel, requesting the master to come onshore to explain the circumstances, and imposing the IMAP fine were measures falling within the jurisdiction of São Tomé.

However, on the other hand, the prolonged detention of the master and vessel, the monetary sanctions, and the confiscation of the entire cargo were seen as penalties, and the Tribunal found they were not proportional to the interests of São Tomé regarding its sovereignty.

Indeed, under international law, a coastal State may take any enforcement measures within its archipelagic waters as long as they are reasonable, meaning necessary and proportional.

Therefore, the Tribunal found that the Republic of Malta was entitled to claim reparation, under article 49 of the UN Convention.

[1] PCA Press Release, Duzgit Integrity Arbitration (The Republic of Malta v. The Democratic Republic of São Tomé and Principe), 12 September 2016, lists all the measures: the detention of the vessel and its master after 15 March 2013; the court-ordered imprisonment of the master and a EUR 5,000,000 fine against (jointly) the master, owner and charterer of the vessel (which fine also covered the second vessel); the court-ordered confiscation of the vessel and its cargo; a EUR 28,875 fine levied by São Tomé’s Port and Maritime Institute (“IMAP”); and a customs fine of more than EUR 1,000,000 levied by São Tomé’s Customs Directorate General.