You are here: Home / Arbitration Information / Obtaining Third-Party Funding for International Arbitration – How It Works

Obtaining third-party funding for international arbitration is not an easy process. Aceris Law LLC has already written about the issue here.

When searching for third-party funding,  prospective litigants often lack information on the requirements and knowledge of what is required to successfully fund an arbitration.

Specialised third-party funding companies are not extremely common and form a rather narrow and closed market. They are competitive amongst one another, although funding terms are largely similar

One list of third-party funders who commonly fund international arbitrations is available here.

A litigant need only email a third-party funder in order to present their case, preferably accompanied by a legal memorandum of a reputable arbitration practitioner, attesting to the merits of an international arbitration.

Prospective litigants should take into consideration the role of a law firm during the funding process.

The time spent by lawyers on preparation and correspondence with the funder may be considerable (in the realm of hundreds or thousands of hours per arbitration).

Some firms may charge for this, some such as Aceris may not.

Others firms may not charge for this, but then demand to be compensated by the third-party funders for their time, which makes successful funding more difficult.

Prospective litigants must be aware that it will take a significant effort on the part of lawyers for them to obtain funding and that they will almost always be required to have a lawyer in place to assist them during the due diligence procedure.

They also should be aware that the fees to be charged by lawyers may determine whether or not a case will be funded, as legal fees tend to be the greatest cost of resolving a dispute by international arbitration.

Third-party funders are highly risk adverse, which is natural for a high-risk investment.

On the other hand, prospective litigants are often not aware of the complexity of their cases. Their emotional attachment to a dispute may make a case look stronger than it is according to the applicable law.

When assessing all possible implications which might affect the final outcome, third-party funders are strict. They meticulously analyse any possible risk or uncertainty prior to granting the necessary funds. Many third-party funding analysts are former lawyers themselves, with considerable knowledge of international arbitration law and procedure.

Prospective litigants should be honest and disclose all relevant information to the potential funders. Any illegal action undertaken by the litigants might negatively affect the decision of the funders to invest. More than one counsel or litigant has also been sued for failing to disclose all relevant information to third-party funders in the past. 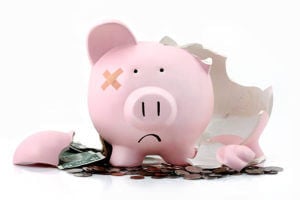 4. The Chances of Success of an Arbitration

It is said that only one of twenty arbitrations seeking funding is funded. While there is no hard and fast rule, it is certain that only very strong cases will be funded.

For a funder to decide it is willing to fund an international arbitration, the highest possible chance of success is crucial.

Even if the chance of success is never 100% for an international arbitration, the chances of winning the case still need to be very high and to include considerable compensation.

Doubt with respect to a single legal issue may be sufficient to undermine the possibility of third-party funding.

5. The Amount in Dispute

The value of the dispute is also crucial in order for a case to be successfully funded.

Some funders will simply not consider claims whose value is less than USD 20 million, while others are more flexible in this regard, comparing the amounts to be invested versus the prospective returns.

Funders are very cautious and demand hard evidence of potential damages, while discounting claims for lost profits, moral damages and other forms of compensation that are less frequently awarded in practice.

The lower the cost of funding the dispute, and the greater the amount of potential compensation, the greater the chances that a third-party funder will actually fund a dispute.

It has been said that the ratio of potential returns to the costs of funding must be 10-to-1, but there seems to be no hard and fast rule in this respect.

Sometimes, although the litigant has suffered considerable losses, the chances of obtaining compensation are in fact small, for instance due to issues such as the statute of limitations.

Even if a case is straightforward, there may still be uncertainty for funders regarding the risk of enforcement.

The enforcement of arbitral awards depends on national judicial systems. Eventual success may depend on the accessibility and transparency of a judicial system, or the availability of assets in multiple jurisdictions.

Moreover, it might occur that the successful litigant is merely one of many creditors waiting for enforcement on the same capital of a company that decides to be liquidated following a negative arbitration ruling.

While insurance may be available to hedge against such risks, this issue needs to be explored with the funder at the outset.

7. The Contract with a Third-Party Funder

If the odds of success are favourable and the ratio of potential returns to the amount of funding is high, the funder will be willing to enter a contractual relation with a prospective litigant.

This contract will generally grant exclusivity to the third-party funder during a due diligence procedure and should not be confused with a final contract for litigation funding.

Such initial contracts are usually strict, preventing litigants from seeking funding elsewhere during the risk assessment phase and providing no guarantee that funding will actually be provided.

Any breach of a contractual clause by the prospective litigants may result in financial penalties or, at a minimum, no funding.

When searching for third-party funding, litigants should also be aware of the success fees to be paid to the funder.

Interestingly, at least one ICC arbitrator has ruled that the costs of funding may be recuperated from the losing party, but there is no constant jurisprudence in this regard. The arbitrator’s decision in that case was appealed unsuccessfully and the judgement is available here.