This case, resulting from a partial award rendered in a VIAC commercial arbitration, concerns the formal requirements of the validity of an arbitration agreement under Austrian law.

The facts are as follows: a German consultant signed a contract for service with S SpA, an Italian company, for the sale of heat exchangers. This contract was first signed in 2004 and then renewed in 2007.

However, when the Italian company returned the signed contract to the consultant, it made a modification regarding the expiration date of the contract (2010 instead of 2012).

The Parties then met to discuss the modification in November 2007, following which the consultant sent the Italian company a telefax indicating an expiration date of the contract in 2011, and an accompanying letter in relation to the meeting. The Italian company signed the letter but failed to sign the contract. The contract was then performed. 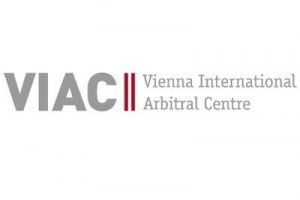 In 2013, the German consultant filed for arbitration before the Vienna International Arbitration Centre (“VIAC”) requesting payment of its outstanding commission fees. Over the Italian company’s objections, the VIAC Arbitral Tribunal upheld its jurisdiction in an award in 2014. As a result, the Italian company filed before the Supreme Court for annulment of the jurisdictional award.

The Austrian Supreme Court rejected the request for annulment as it deemed the arbitration agreement valid even if it resulted from an exchange of unsigned letters.

As a result, Section 583 ZPO applied which provides for less strict formal requirements for the validity of the arbitration agreement. This Article reflects Article II (2) of the 1958 New York Convention.

Since the 2006 Reform in Austria, an exchange of unsigned letter between parties was sufficient to uphold the validity of an arbitration agreement, the Austrian Supreme Court held:

“Some authors still opine in respect of Sect. 583(1) ZPO that where the means of communication used allows for a signature, such as is the case with telefaxes, which are now expressly mentioned, the formal requirements must be complied with, so that the situation has not changed (Kloiber/Haller in Kloiber/Rechberger/Oberhammer/Haller, Das neue Schiedsrecht [2006] 21).

The Court does not share this opinion, which disregards the fact that the legislator of the Arbitration Reform Act 2006 was ‘largely’ guided by Art. 7(2) of the [UNCITRAL] Model Law and Sect. 1031(1) and (3) of the German ZPO (Explanatory Notes 1158 BlgNR XXII. GP 9), which provisions Sect. 583(1)-(2) ZPO reflects almost verbatim. These provisions and the way they are understood in Germany may not be ignored when interpreting Sect. 583 ZPO.

The vast majority of Austrian authors also subscribes to the opinion that an exchange of unsigned letters between the parties suffices for the valid conclusion of an arbitration agreement. The proponents of this opinion rely on the legislative materials and on the circumstance that the addition ‘signed’ is missing from the alternative of the conclusion through an exchange of letters (Aburumieh et al, ‘Formvorschriften für Schiedsvereinbarungen’, ÖJZ 2006/27, 439 [441]; Koller, ‘Die Schiedsvereinbarung’, in Liebscher/Oberhammer/Rechberger, Schiedsverfahrensrecht I no. 3/220; Hausmaninger in Fasching/Konecny, ZPO 2 IV/2 no. 61 f).

Koller, in particular, argues convincingly that, on the grounds already stressed, the opposite opinion cannot withstand a historical, systematic and teleological interpretation.

In light of these considerations, this Court interprets Sect. 583(1) ZPO to mean that this provision provides for two alternative possibilities, to be deemed of equal rank, for the conclusion of a valid arbitration agreement, namely either through ‘signed documents’ or through ‘exchanged letters’. This is also made clear by the choice of words made by the legislator (‘either … or’). In the case of ‘exchanged letters’ no signature is required, independent of the medium used. In any case, the documents must be attributable to their issuer.”

The Tribunal therefore confirmed the validity of the arbitration agreement and rejected the request for annulment of the partial award.