With the advent of videoconferencing technology, online document collaboration and other technologies, the distance between a client and an arbitration lawyer has become far less relevant, although more work will clearly have to be done via e-mail when counsel and clients are more distant.  Slightly more in travel expenses might need to be paid for distant counsel to get to a place of a hearing when they are based in different cities, but there are relatively few hearings in international arbitration and this represents a tiny fraction of the overall cost of arbitration (see, e.g., analysis of the cost of arbitration).

The practice of international arbitration should, in theory, be exposed to far more price competition over time than other legal practices that are protected as legal monopolies, allowing legal services to be provided only by lawyers who are members of a particular bar. While some clients like to think of arbitration legal representation as a luxury product, those businesses that are concerned about maximizing value for legal expenditures should, in principle, gravitate to selecting the best lawyers in countries where they can receive the best arbitration legal services at the lowest cost, which is possible due to the international nature of the practice.

The inherent costs of practicing international arbitration depend significantly on the cost of employees and associates at law firms, the price of office space, and the taxes and social charges at the location where a particular law firm is based, which are in turn passed on to clients.  Associates’ salaries vary less geographically than they depend on the type of firm (American, domestic or Magic Circle).  Grahame Warby, a consultant at JLegal who specializes in placing lawyers in Paris, Brussels and London, has provided a guide showing average salaries for lawyers in a variety of locations: Salary Guide For Associates 2014.  After adjusting for exchange rates, salaries do vary, but the difference is not as great as with respect to other factors.

The cost of office space is also a major expense for most law firms, and many of the current cities that are hubs of international arbitration also pay the highest rents, resulting in higher fees that are in turn passed on to clients.  According to a recent study by Jones Lang LaSalle, the most expensive office space is currently located in certain districts of London, followed by Hong Kong, Beijing, Geneva, Manhattan, Singapore and Paris.

A far more significant factor appears to be the so-called tax-wedge, which is the combination of taxes and social charges paid by lawyers, then passed on to clients, who are not being taxed on the basis of worldwide income.  Here, European countries such as Belgium, France, Germany, Austria and Italy have the largest “tax wedge” by far (the combined costs of taxes and social charges). 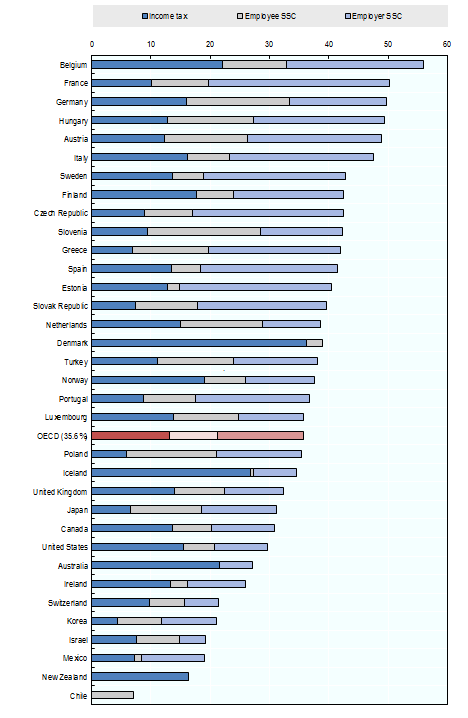