Claimants are faced with many difficult choices when bringing an investor-State arbitration:

First, Claimant will have to decide whether to bring a case at all. While this seems straightforward and obvious, it is one of the most difficult choices for a company to make as outright expropriations today are fairly rare. It is today uncommon for a State to take a single expropriatory measure or decree, and it is more likely that the value of the investment is slowly eroded over time, or that some decisions made have a negative impact on the investment. It will be hard for the company to decide to give up and that the only avenue left is to arbitrate. In practice, the investor will walk into his Counsel’s office and seek legal advice, and he or she will not bring the case forward for several years, during which time he or she will continue spending considerable time and funds trying to operate its investments. Only when all hope is lost will the investor bring the case forward. 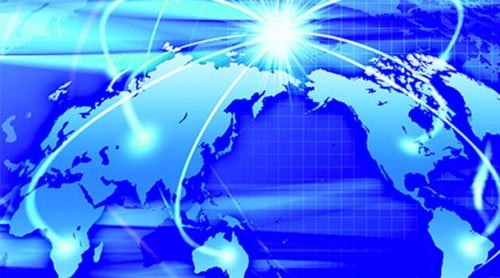 Third, Counsel for the investor will have to assess the nature of the investor’s legal rights under local law, because local law can have a significant impact on damages in an investor-State arbitration. If the investor did not have vested rights to the project, but rather had a legal possibility of doing the project, the tribunal might award damages on the basis of a hypothetical project which excludes the part where the investor did not have vested rights, which would in turn result in a large reduction of damages.

Fourth, in order to determine whether bringing an investor-State arbitration might provide a remedy, Counsel for Claimant will have to determine the potential claimants because investment treaties confer the status of protected investor on the basis of the place of incorporation of the legal entity. At the outset, it is important to analyze the holding structure of the investments to get an understanding of which companies have been involved in the ownership and control of the investment overtime as this will define the potential claimants. It is not unusual that the investment is held through a number of jurisdictions, often for tax purposes, and it is becoming more common for investors to structure their investment in a way that will give them treaty protection. It is also important for Claimants to satisfy other basic requirements in order to be entitled to treaty protection. For example, Claimant must have held the investment at the time of the alleged bad act and the treaty must of course have been in force at the time of the bad act.

Additional Factors to Consider when Bringing an Investor-State Arbitration

When discussing whether to bring an investor-State arbitration forward with lawyers, the investor will also have to consider the following factors:

Damages: holding companies often bring investment treaty claims as claimants but this may not be the best idea when the investment flows did not go through this holding entity. If the holding has not spent money on the project, it may not claim for the amounts that were actually invested.

Credibility: an actual investor bringing a claim (i.e. the actual owner of the investment) will enhance the credibility of the claim but it may also have negative impacts if Claimant loses the arbitration and an award on costs is made against him. There is no way out of it and Claimant will have to pay.

Taxation: if Claimant is a holding entity, there are important taxation issues to be considered ahead of time if a significant award is to be made in favor of this entity which would then need to distribute the proceeds up the corporate chain.

Which treaty to invoke: when there are a number of entities in the corporate chain covered by multiple investment treaties and we are deciding which one to invoke, Counsel for Claimant will have to consider several issues and risks, in particular in the EU context. First, if the treaty has been entered into by an EU member state, there is a risk of intervention of the EU Commission on behalf of the Respondent which will argue that the treaty is no longer in place and has been superseded by EU law (although such arguments have not yet been accepted). Second, to the extent that the arbitration raises EU law issues (e.g., State aid) and that Claimant receives a substantial amount, there is a risk that the EU Commission encourages Respondent not to pay. Third, two EU member states, Italy and Czech Republic, which had concluded a BIT, have terminated it on the ground that intra-EU BITs were contrary to some EU regulations and added a provision expressly excluding the application of the sunset clause of the BIT. In such situations, as States are the masters of the treaty, a Claimant under the BIT would no longer be able to bring its claim forward and the Tribunal would have to end the proceedings.

In conclusion, ICSID remains the main forum for investor-State arbitrations in particular thanks to its self-contained regime (where there is no room for the intervention of national courts) and its enforcement mechanism. One disadvantage of ICSID, however, is that Claimant cannot appoint its own nationals as arbitrators, which can be a concern as it limits the pool of arbitrators when bringing claims on behalf of a number of entities which are nationals of several countries where the leading arbitrators are usually recruited. Counsel for Claimant in investor-State arbitrations would not have this constraint if bringing the claim under the UNCITRAL Arbitration Rules.