You are here: Home / Arbitration Award / Restitution in Investment Arbitration

In case of outright expropriation or the creeping expropriation of an investment, or of a harm caused by wrongful acts committed by a host State, restitution in investment arbitration is possible, amongst other remedies. The foreign investor can request an arbitral tribunal to order the State to fully repair the injuries it has causes. The reparation can consist in the restitution of the expropriated investment or in payment of damages. Restitution is rarely requested as mean of reparation despite its potential positive effect on the relation between the investor and the host State of investment. 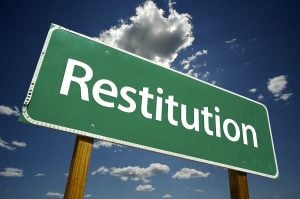 According to the International Law Commission’s Articles on State Responsibility restitution is the primary form of reparation, however, as it permits to re-establish the situation which existed before the wrongful act was committed (ILC Articles, art. 34-36). However, restitution can be ordered only when it is materially possible and if it does not involve a burden out of all proportion to the benefit deriving from restitution instead of compensation.

In Arif v. Moldova, the arbitral tribunal noted that the general position in international law today is that the injured State may elect between the available forms of reparation and may prefer compensation to restitution. It adds that, on the other hand, restitution is more consistent with the objectives of bilateral investment treaties, as it preserves both the investment and the relationship between the investor and the host State (Commentary to Article 43 of the International Law Commission’s Articles on State Responsibility). The arbitral tribunal considered restitution to be the preferable remedy, but had to take into account the specific circumstances of the case. Here, the host State has not been able to confirm that restitution is possible, and the tribunal noted that it could not supervise any restitutionary remedy. The tribunal granted Moldova a period of 90 days to effect restitution, failing which it would be required to pay compensation to the investor.

This pragmatic solution found by the tribunal in Arif v. Moldova provided the host State with the opportunity to formulate and propose to the investor the exact mechanism of restitution. If restitution had not been possible, or the terms of restitution proposed by Moldova had not been satisfactory to the investor, then damages awarded would have compensated the violation of the treaty. In tribunal’s view, this solution provided a final opportunity to preserve the investment, while also preserving Claimant’s right to damages if a satisfactory restitutionary solution would have not been found.

This solution offers a pragmatic manner for restitution in investment arbitration to be granted by an arbitral tribunal, despite its inability to supervise the manner in which remedies are carried out by the host State of investment.