You are here: Home / Arbitration Agreement / Time Limits to Initiate an Investment Arbitration

The initiation of arbitration proceedings on the basis of investment protection treaties may be subject to time limitations (ratione temporis limitations). The most common types of time limits are the provisions establishing cooling-off periods that may require claimants to wait and attempt to solve the dispute amicably before they can bring a claim. Less common are underlying statutes of limitation that preclude access to arbitration after a specified time period has elapsed. 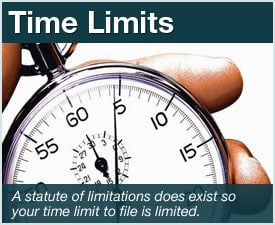 According to a 2012 survey by the OECD, over 100 treaties – 7% of the sample of treaties with ISDS sections – contain statutes of limitation that bar access to international arbitration if a claim has not been brought within a specified period of time. It appears that the proportion of treaties that contain such clauses has only begun to increase significantly since 2004 in bilateral treaties in general and in BITs in particular. Multilateral agreements, including CAFTA (Article 10.18), NAFTA (Articles 1116(2) and 1117(2), the Investment Agreement for the COMESA Common Investment Area (Article 28(2)) and the ASEAN Comprehensive Investment Agreement (Article 34(1)(a)) all set limitation periods of 3 years from the date on which the investor first acquired, or should have first acquired, knowledge of the breach and knowledge that the investor has incurred loss or damage. The EU-Canada Free Trade Agreement, CETA (Article 8.19(6)) and the Transatlantic Trade and Investment Partnership, TTIP (Chapter II, Section 3, Article 4(5)(a)), that are still under negotiations, both introduce statutory limits of 3 years. At the same time, the Energy Charter Treaty (ECT) does not set time limits for an investor to bring its claim.

The investor had claimed that the Dominican environmental ministry had breached due process by denying the project a permit in 2010 on the grounds that it was “not environmentally viable”, and failed to respond to Corona’s motion for reconsideration of that decision. Corona argued that the state’s failure to respond to its motion for reconsideration represented a continuing treaty breach that meant the limitation period should be renewed. According to it the original treaty breach over the denial of the permit had “evolved” into a different breach – a denial of justice – by July 2011 that fell within the time limit.

To the contrary, the Dominican Republic argued that Corona’s claim fell outside DR-CAFTA’s limitation period. According to it, the period began when Corona was notified of the denial of the environmental permit in August 2010.

The tribunal considered that the “critical date” had to be calculated backward starting on the day of the submission of the Request for arbitration.

The tribunal found that the limitation period began in August 2010 when Corona was given definitive notice that the permit had been denied. There was also evidence that Corona was already contemplating a DR-CAFTA claim in January 2011. The tribunal considered that the “critical date” had to be calculated backward starting on the day of the submission of the Request for Arbitration, i.e. 10 June 2014. Finally, the tribunal concluded that Corona’s request for arbitration was time-barred and that it has no jurisdiction over the claims. The parties were ordered to share the arbitration costs and to bear their own legal fees and expenses incurred.