You are here: Home / Archives for Israel Arbitration 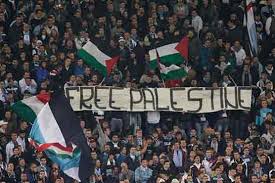 The Palestinian Football Association (“PFA”) has threatened to go to the Court for Sports Arbitration (“CAS”) unless FIFA agrees to take action against Israel over clubs based in the “illegally occupied” territory of the West Bank. Our previous reporting on CAS, its role and jurisdiction can be found here. The dispute concerns six Israeli football […] 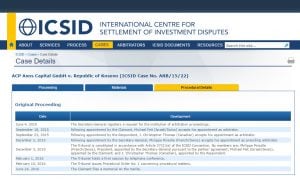 The youngest European State has been slowly but gradually becoming a Member of various International Organizations, and it now it is facing its first investment treaty arbitration claim.[1] Kosovo has been a member of the IMF and the International Bank for Reconstruction and Development since 2009 and became a member of the ICSID by signing the […]

The ICC’s Israeli-Palestinian Jerusalem Arbitration Center is reportedly to begin functioning soon. This neutral arbitration center, a creation of Paris’ neutral ICC International Court of Arbitration, is intended to resolve commercial conflicts concerning the 3-4 billion USD of trade between Palestinians and Israelis. Previously, such commercial conflicts had to be resolved either before the courts […] 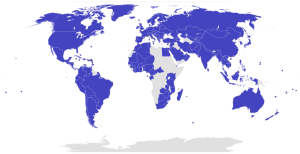 The Convention on the Recognition and Enforcement of Foreign Arbitral Awards, commonly called the New York Convention, entered into force on 7 June 1959 and is the bedrock of modern international arbitration. This important international convention requires courts of the 159 contracting States (with Sudan becoming the latest member in 2018) to give effect to […]