You are here: Home / Archives for Slovenia Arbitration

Slovenian Law states that an authorised person needs a “special authorisation” for the conclusion of an arbitration agreement. Similar provisions are found in other laws in the Middle East and other ex-Yugoslavian States. According to Article 76 of the Slovenian Obligations Code, a general authorisation, valid for “legal transactions classed among ordinary business” does not suffice: […]

The Ljubljana Arbitration Centre (LAC) is a body organised within the Slovenian Chamber of Commerce and Industry and is the central arbitration institution in Slovenia. The LAC is an autonomous and independent administrative body that provides a wide range of dispute resolution services, most notably arbitration, mediation and conciliation.[1] The LAC has a long-standing tradition […] 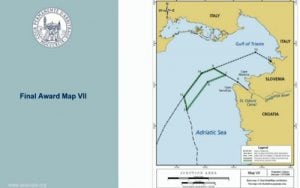 As before national courts, parties’ right to choose their own arbitration attorney is a fundamental procedural right[1] that is confirmed by Article 18.1 of LCIA Rules (2014)[2] The new LCIA Rules (2014) represent the first institutional rules that limit this inherent power of the parties, in order to better conduct arbitral proceedings. Article 18.3 of the […]